The Mary Sue’s Favorite Comments of the Week: Neville’s Junk Is Our New Patronus

We’ve had quite the week, commenters, but let’s try to focus on the good times! Like this wonderful response to our story about J.K. Rowling’s reaction to grown up Neville Longbottom:

And no matter what everyone’s feelings are about how the Doctor is apparently only pretending not to fancy Clara, our readers have made it abundantly clear that they will never… abandon ship (sorry): 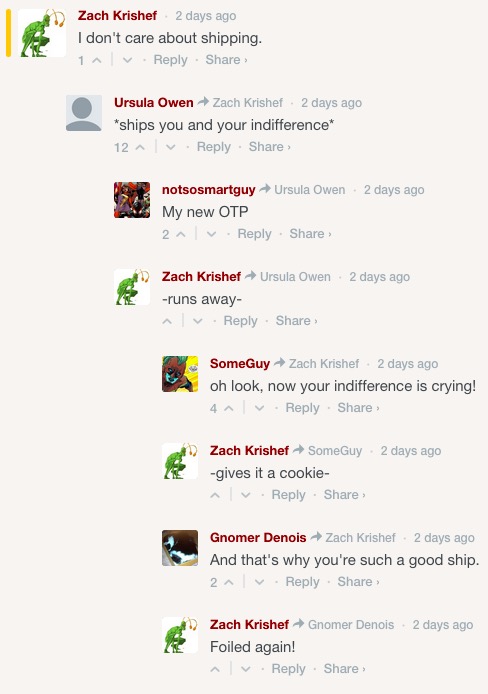 Also, our comment section’s musical parody game continues to be on point in regards to Spider-Lady last days. 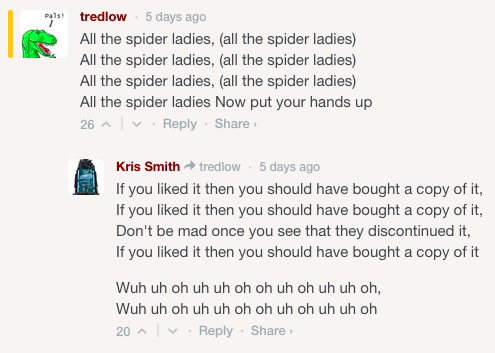 Believe it or not, there is a respectful, polite, and empathetic way to point out when we get something wrong! (And you don’t even have to call us feminazis to do it!) On our story about a gamer who gave birth in an Internet café and then kept right on gaming, we have a shining example for the rest of the Internet on non-condescending corrections from Nocturama:

From what I get from the Chines source, my read of the situation would be: she had a fight with her family that caused her to leave home to travel to another province, then her money got stolen. Internet cafes are open through the night, and the birth took place at four in the morning – I suspect she went there more for a cheap place to stay than to satisfy her gaming/internet addiction.

The details surrounding the birth (it took place in a toilet, she was shaking, she refused to wash the blood of her hands) sound pretty terrible, that’s why I suspected she might have suffered from some kind of shock or breakdown, which might explain why she sat down in front of the computer again and appeared calm (admittedly, I’m no psychiatrist).

So there is probably some combination of factors that made her refrain from going to the hospital until it was too late – e.g. she had no money, she had a fight with her family, she was in a foreign town.

All in all, I feel bad for her and hope she and her child will be alright.

This week, we’ll leave you with possibly our favorite conspiracy theory of all time. Headcanon accepted:

Thanks to everyone in the comments section for braving the pandemonium this week!