JK Rowling Gets an Eye-Full of Grown up Neville Longbottom, Matthew Lewis Proceeds to Apologize for His Abs & Junk

And then Lucius Malfoy made a butt joke.

.@Mattdavelewis Not as bad as watching Dan in Equus, but close. Warn me next time, for God’s sake. https://t.co/r8EUd1GKqT

While Harry Potter author J.K. Rowling didn’t create the films, she was heavily involved in the process and became close with the cast. When Matthew Lewis tweeted a link to a magazine he’s being featured in, Rowling was in for a bit of a shock. Warning: serious abs ahead. 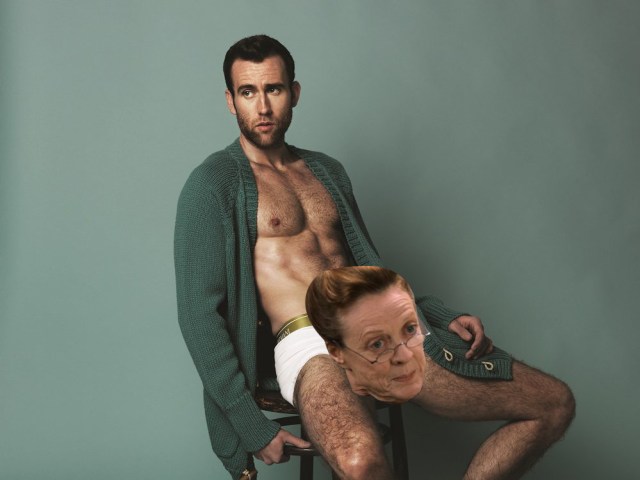 You can view the un-McGonagall-ed version at Attitude’s site. Lewis noticed her tweet and replied:

.@Mattdavelewis I will always support you whatever you want to do, Matthew. Now go put some clothes on. — J.K. Rowling (@jk_rowling) May 21, 2015

And then Jason Isaac’s just had to chime in with:

.@jasonsfolly @Mattdavelewis I wouldn’t know. I hastily averted my eyes and read an article on Political Correctness to get over the shock.