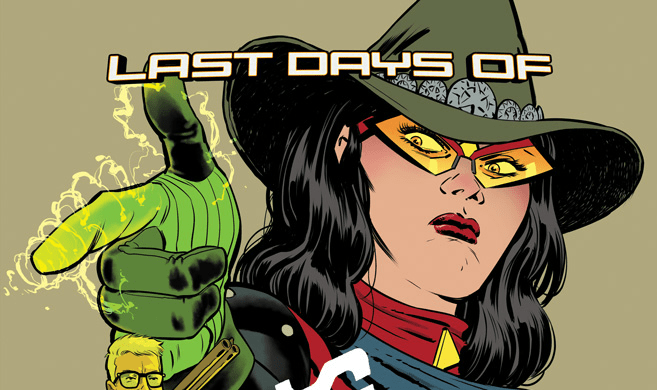 We’re well into Marvel’s Secret Wars event now, in which both of their major universes are colliding and causing all sorts of nonsense for their ongoing series. Now, two of our favorite Spider-Gals, Spider-Woman and Silk, are joining the fray with their own “Last Days” titles.

Don’t panic, though; just because they’re called “Last Days” doesn’t mean we’ll necessarily be seeing an end to their ongoing series – it just means an end of their world as they know it. Here’s what the solicits for the tie-ins have to say!

First, there’s Spider-Woman, which has greatly benefitted from a new direction and design since issue #5. Now, Jess has quit the Avengers, and is fighting crime in a motorcycle jacket in NYC, and it’s been a wonderful read. 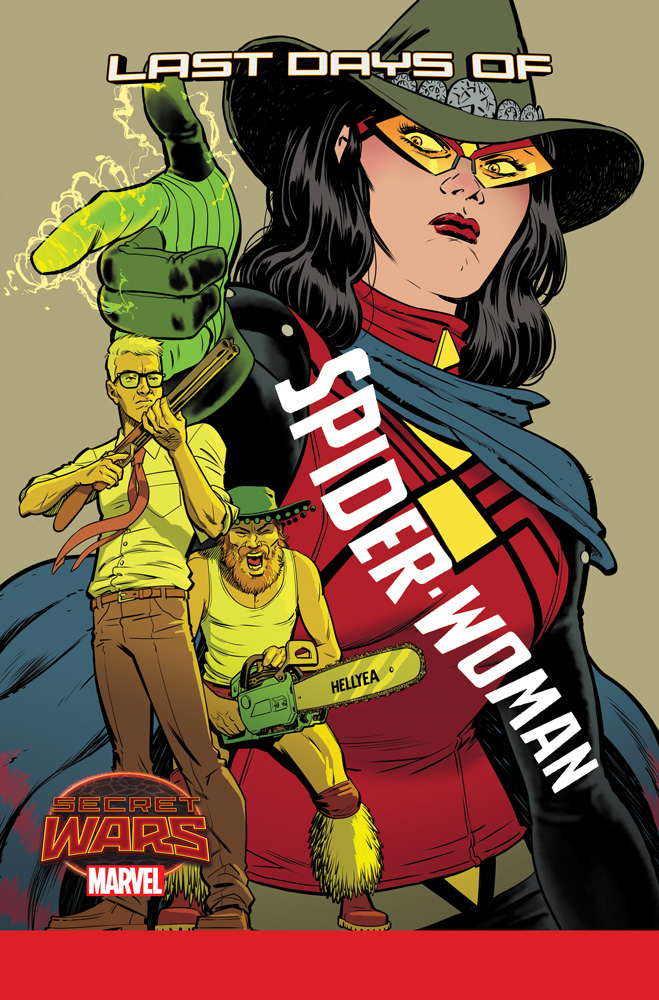 SPIDER-WOMAN #10
DENNIS HOPELESS (Writer)
NATACHA BUSTOS (Artist)
COVER BY JAVIER RODRIGUEZ
THE LAST DAYS OF SPIDER-WOMAN
• Spider-Woman’s roadtrip across the country continues, as she pays a visit to THE ALAMO!
• Not even Spider-Woman and her RAGTAG CREW OF BEN URICH AND THE PORCUPINE are safe from SECRET WARS, though.

Then there’s Silk, my personal favorite Spider-comic of the moment (sorry, Gwen!). Not only is Cindy Moon a kick-ass Asian-American heroine, she’s also drawn incredibly positively and gives Peter Parker a run for his sassy money. 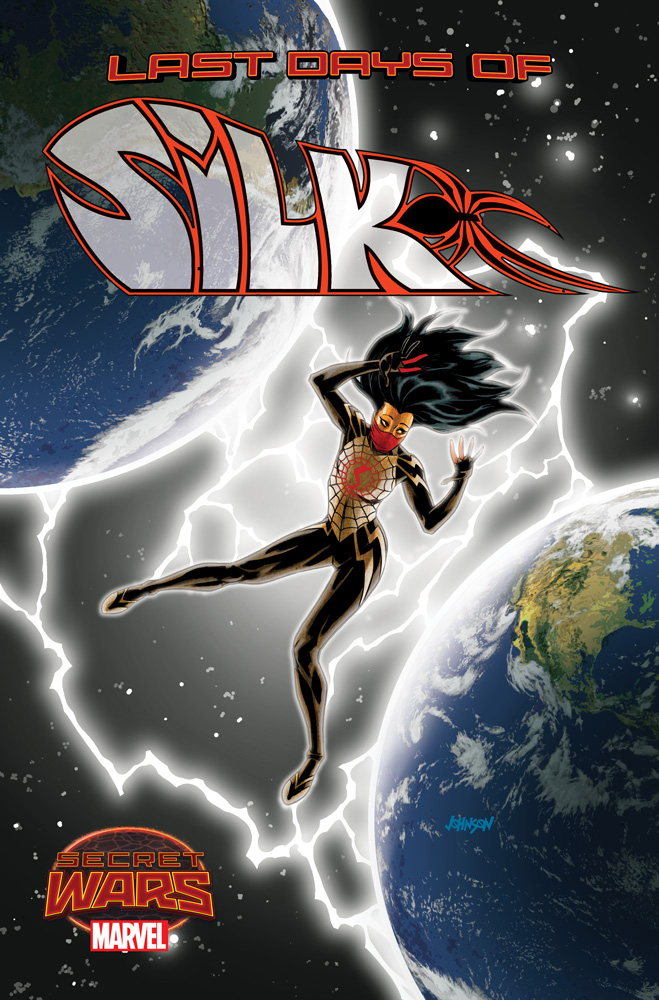 This is in addition to two other heroines we know are getting last days books, Ms. Marvel and Black Widow (both of whom you should totally be reading, by the way!). 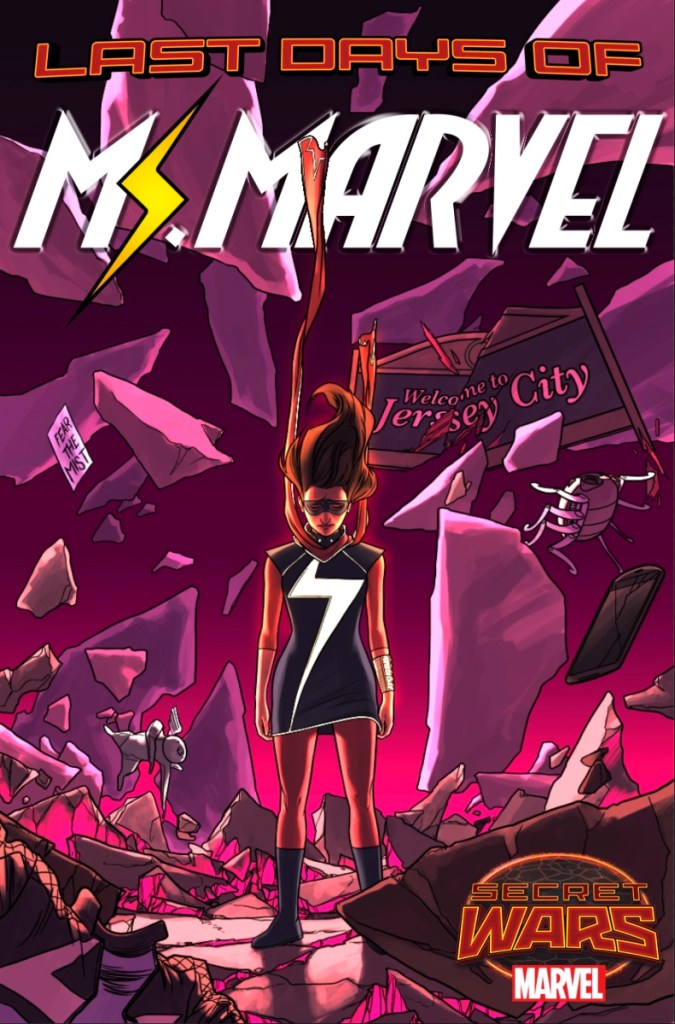 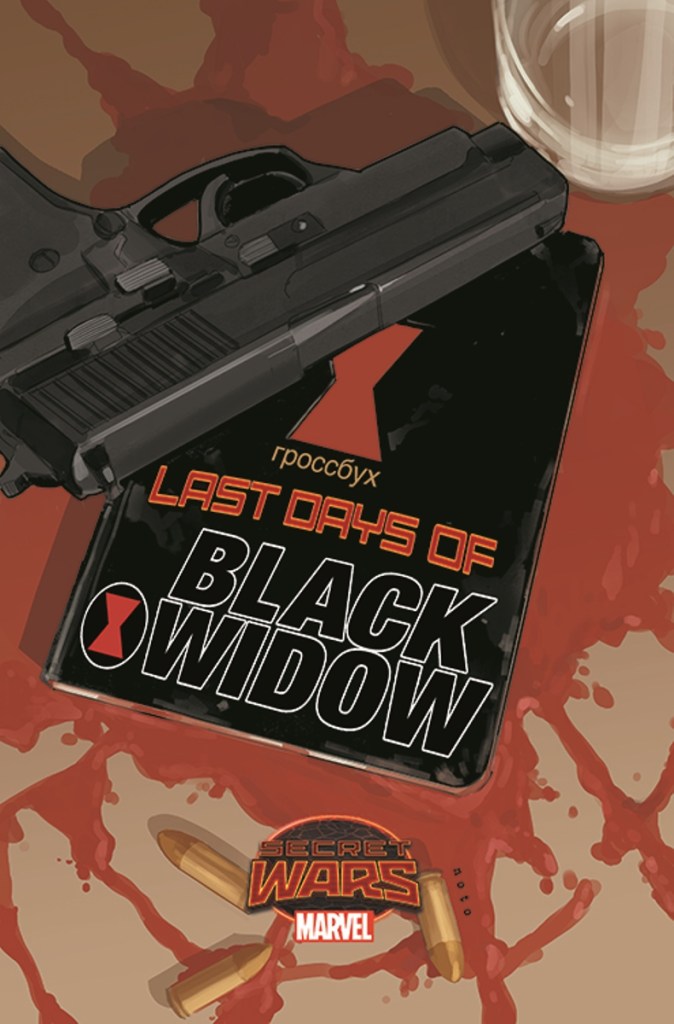 See you in Battleworld, ladies!