Alex Graudins, the illustrator for the next installment of amazing Science Brain comic series, The Brain: The Ultimate Thinking Machine, spoke with us for Women’s History Month and shared with us an amazing comic celebrating the works of Raina Telgemeier. It’s a really fantastic interview, with Graudins giving some insight into what she thinks we need to do in order to break barriers and fight gender discrimination.

Her work can be found on her website and The Brain: The Ultimate Thinking Machine, featuring a young Muslim female protagonist named Fatima, will be released in October 2018.

Graudins: As a kid, I considered myself a tomboy, and unfortunately that resulted in a looooot of internalized misogyny, so aside from my mom and Oma, I didn’t really have a lot of female figures that I looked up to. I guess the closest one I could think of would be Julie Andrews. My sister and I used to torture my parents by watching Mary Poppins on a loop, and in 4th grade, I was super invested in her book The Last of the Really Great Whangdoodles. She puts a lot of emphasis on the value of imagination, and she’s just always had this sort of kind and elegant air about her that makes you want to see the good in the world.

TMS: Where do you think we are still lacking in terms of highlighting the accomplishments of women?

Graudins: From a historical perspective, there’s very little taught about past women’s accomplishments. I think I didn’t have a lot of historical female figures in my life growing up because I didn’t learn the impact women had on history until much later. Our textbooks acted like women didn’t exist for hundreds of years, but it helps to know our past so we can have a future.

However, moving forward, I think the fact that we still separate accomplishments by gender is proof we haven’t torn down the walls separating us. Don’t get me wrong—I think panels and “best of” articles have been instrumental in directing attention to voices who in the past would have gone unnoticed. I’m not saying we need to stop right now, but I would assume the ideal is that one day in the future we would all be lumped into the same categories and wouldn’t have to deal with gender-specific questions like “what’s it like to be a woman in comics?”

Graudins: I feel lucky that I haven’t had a lot of roadblocks in my life for being a woman. I think most of the myths I encountered were problems in childhood. When I was a kid I used to wish I was a boy, when really I was just anti-society’s-representation-of-girls. I automatically assumed, “Oh, if I don’t like dresses or long hair or makeup or playing house, then I must not be a girl. I’m whatever’s opposite, even if it means faking an interest in sports.” Realizing there’s more than one way to be a woman freed me from that kind of thinking.

But ohmygosh there was a point in my life where any act of “chivalry” would piss me off. It’s one thing to be considerate but another to only look out for women. Like if I was trying to carry something, a man would be like, “Let me take that” or “Let the boys carry it.” It makes you want to push through the pain out of spite! You reach a point where you need to prove you’re strong and independent, and that can be really detrimental to your mindset if you’re ever in a situation where you should ask for help.

Graudins: I always feel like “feminism” is a misleading title. For me, feminism is equality not just between men and women, but for nonbinary and transgender individuals as well. The movement has made great strides, but there needs to be more intersectionality. Especially for women of color. There’s been a lot of shouting in feminism in the past two years, but we should be doing more to raise the voices of the unheard, not speak for them. We need to listen. Basically, none of us are equal until we are all equal.

Graudins: I think the best way to improve the problem is to lead by example. Call out harassment and discrimination, even if it means trouble for you or sparks an uncomfortable conversation. (Though, obviously, only do what you feel safe doing.) It sucks, but nothing is changed if we stay quiet. One person’s action can have a ripple effect that inspires everyone else to follow. …Of course, I say this, but I am also a very anxious person and would be deeply afraid of doing something so bold. At the very least, showing kindness to, supporting, and listening to each other is always a great first step.

Graudins: I’ve come to value the community that women can string together. Female friendships are often strong bonds, despite media portrayals where they’re always talking behind each others’ back and fighting over boys. As someone who experienced lonely periods in life without friends, I can easily say that the intimacy women show one another is so important! It can be hard to be open about yourself, but it’s such a relief to be heard and know someone understands. We take care of each other, whether it’s promoting each other’s work or letting each other vent or coming to a stranger’s aid on the subway. Toxic masculinity needs to kick the bucket, ‘cause men are seriously missing out.

Graudins: The first two that immediately come to mind are Haruhi Fujioka from Ouran High School Host Club and Fionna from Adventure Time. Haruhi’s the reason I started cutting my hair short in 9th grade! I admired that she didn’t care how the student body saw her, that her gender didn’t define her. And before Fionna, I had never seen a female character with my curves, specifically the belly paunch. I had a bad body image because of my lil belly. Fionna was the first character I cosplayed where I actually felt confident! Positive representation is so important! 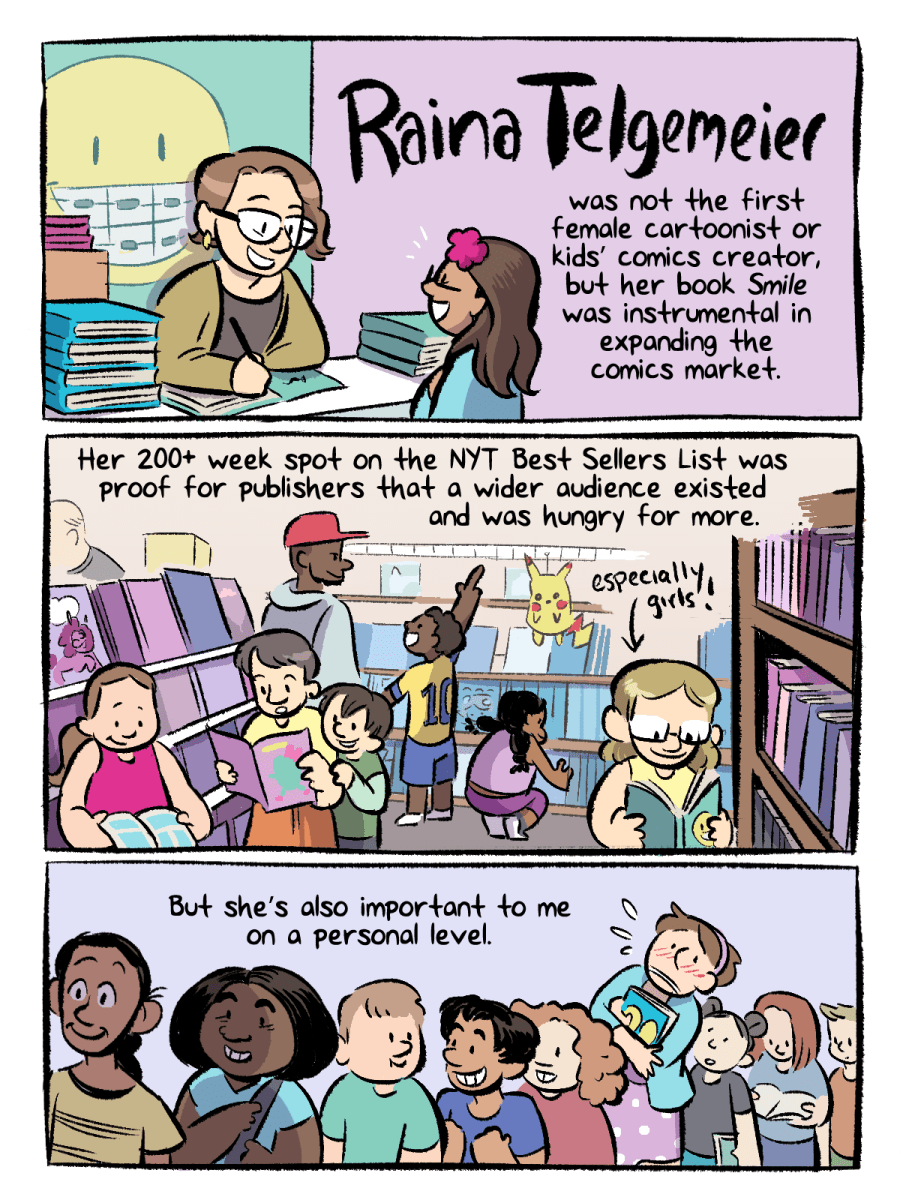 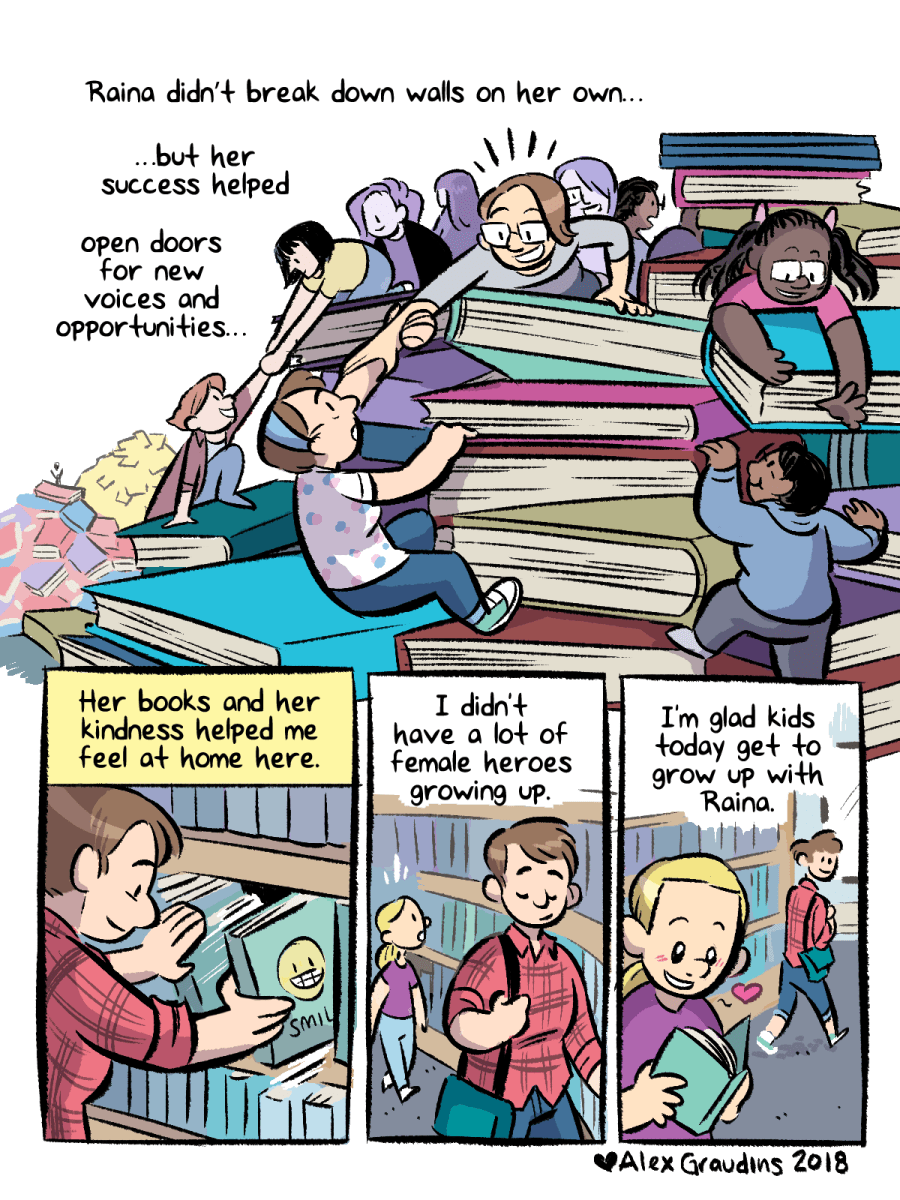