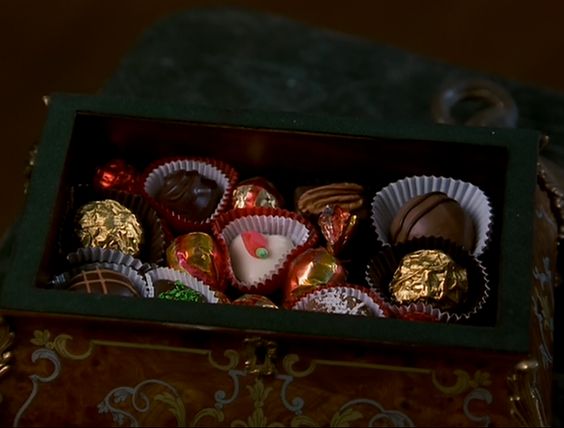 At first, this was a straightforward “candy power rankings” post, and somewhere along the line of development, someone mentioned ClickHole, and suddenly power rankings and superpowers (get it) were merged into one unstoppable, absurdist jumble. Why, it’s a danged superhero origin story, almost—if, say, your superhero didn’t make any sense and just flew around dropping some flat jokes everywhere (not naming names).

Below, you’ll find out some of our favorite candies and our own chosen superpowers. Whether they line up or not, well, you’ll just have to tell us in the comments.

Dan
Candy: Kit-Kats
Power: Super speed
Well, I guess if you’re running around like the Flash, you don’t have time for a proper break, so you may as well enjoy what you can while you’re on the run.

Maddy
Candy: Milky Way Midnight
Power: Mind-reading
Okay, so, I didn’t believe Milky Way Midnight was actually a thing, and I thought Maddy was pulling my leg when she mentioned it. It’s apparently a Milky Way except with dark chocolate instead of milk chocolate. Honestly, though, it sounds like a superhero name in and of itself. That superhero would totally have mind-reading powers too, am I right? Or it would be an interstellar Michael Scott movie sequel. Whichever.

Teresa
Candy: Queen Anne Cherry Cordials
Power: Telekinesis
So Teresa is basically Matilda, am I right? Personally, I’ve always believed that there was a cherry cordial in that candy box that Miss Trunchbull has (pictured above).

Keisha
Candy: Snickers Almond, “Because it’s superior and is infused with ambrosia, the food of the Greek gods.”
Superpower: “The ability to break a troll’s keyboard whenever they try to mansplain or educate me, a woman of color, on racism.”

Sam R.
Candy: Kit-Kats. “Leaving aside their obvious superiority as a candy bar—chocolate and wafer cookies in the perfect ratio, no nuts or gooey stuff to stick in your teeth—Kit Kats are practically made for Halloween candy trading. You don’t even have to trade the entire bar for something your friend has—just offer to split it for something they don’t want.”
Power: Shapeshifting. “This would fix so many things in my life: my transition would be instantly over, I’d never need to worry about Halloween costumes ever again, and most importantly, I’d be able to replicate everyone else’s power with a little creative thinking. I’ve had my mind made up on this since I read my first Animorphs book, which probably says a lot about me.”

From this data, we can conclude that apparently Kit-Kats are something of a favorite, as they were the only repeat contender amongst our staffers. As well, chocolate seems to be a hit, as every single candy presented here involves the delicious sugary treat in one way, shape, or form. The only slight exception, of course, is Teresa’s Cherry Cordials, a chocolate-covered cherry candy that’s seriously got me wondering where the heck I can find some of these during lunch today.

As for the superpowers, well, everybody went for some fairly conventional choices (not that that’s a bad thing), with the exception of Keisha, who I think totally stole the show with her “I want to break troll keyboards” ability. There’s a bash.org quote somewhere in the deep archives of the Internet mentioning something similar (though perhaps a little more violent), and all of us here at TMS have experienced the same kind of frustration, so she’s definitely not alone in that desire.

Whether or not the candies actually connect to their superpowers, well, that’s up to you to decide. Still, though, we’d like to know: What’s your favorite candy, and what’s your #1 superpower?