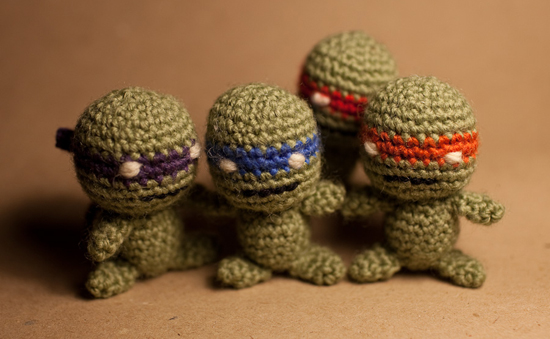 After it was announced that Michael Bay would be in charge of a new Teenage Mutant Ninja Turtles movie, and the subsequent “alien” debacle, fans of the franchise were up in arms over what they feared would be a butchering of the source. Well, if the blog TMNT, NOT TANT is to be believed about the authenticity of a script they managed to get their hands on, all those concerns have been validated: The script is particularly awful in depressingly specific ways.

The veracity of the blog’s account is thrown into question because, after all, it’s obviously biased against Bay’s version of the franchise. However, they did link to a full version of the script — and, supposedly, Paramount sent out a cease and desist to have it removed. As such, the full script is no longer available for the viewing public, but the Internet never forgets. It’ll turn up sooner or later.

In the meantime, many folks took to chopping out the most offending bits to share their vitriol with friends. The shenanigans are hard to believe, with a number of people suggesting this is all an elaborate hoax. The script, as presented, is truly a travesty, however. Don’t believe me? Try these reproduced nuggets out and see how you feel: 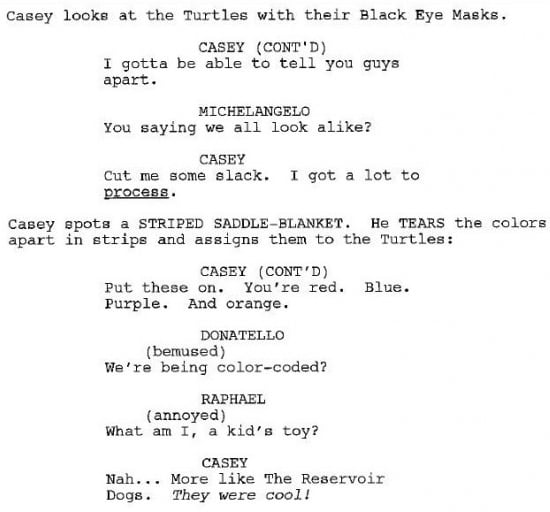 Even Peter Laird, co-creator of the Teenage Mutant Ninja Turtles, commented on the script:

Someone else alerted me to the existence of this script, and I just a few minutes ago finished reading it. If it is, in fact, the actual draft that was rejected and caused the production of the next TMNT movie to be pushed back to 2014 because the script was unsatisfactory, then I think all true TMNT fans should be grateful to the new “powers that be” that they did not allow this wretched thing to go any further. It could definitely be taken as a good sign if that is the case.

It reminds me of one of the reasons I am glad to not own the property anymore… because I don’t have to tear what little hair I have left out while trying to fix junk like this. — PL

Hopefully, if the script really is what they were working off of for the movie, it will go on no longer. For the sake of the children.

(TMNT, NOT TANT via Uproxx, image credit via AndarsKI)