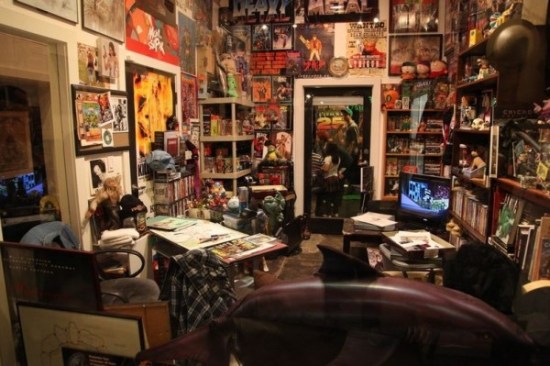 Teenage Mutant Ninja Turtles co-creator Kevin Eastman has a really awesome studio. Awesome enough that when he decided to auction off everything in it to raise money for the Hero Initiative, a charity that helps comic creators in need, people were actually interested and started bidding on his stuff. The wealth of neat things includes original art, action figures, t-shirts, over 600 DVDs and, of course, his desk and chair. When he says everything, he means everything. The catch is, you can’t pick and choose.

At the moment, the price for all of it has reached a nice $5,450, but there are still 7 days to go, so don’t expect it to stop there. If it sounds interesting, maybe stop by the auction page and make a bid. If that’s out of the question, which it probably is, you can settle for taking a little YouTube tour of the studio before it gets dismantled and just pretend that it’s going to be shipped to you.