Unexpected Rerelease of the Day: Titanic in 3-D 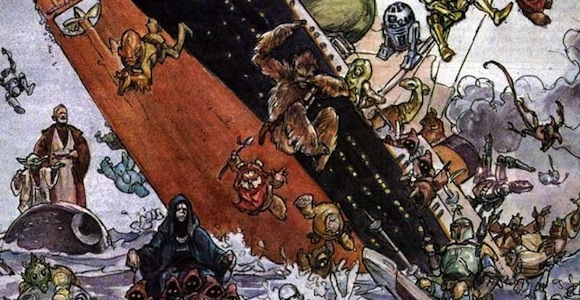 Yup, just so you can relive that period (almost fifteen years ago) when Leonardo DiCaprio was an annoyingly popular teenage heartthrob and not the guy starring in cerebral, memetic Christopher Nolan blockbusters while bankrolling a live-action Akira…

James Cameron is restoring, digitally remastering, and converting Titanic to 3-D, for a brand new theatrical release next spring.

The release is timed to coincide with the one hundredth anniversary of the sinking of the Titanic, and though it will certainly rake in some cash, we’d be surprised if it was the roughly $1 billion it would have to make up to beat the movie that finally dethroned it as the highest grossing film of all time.

Of course, that film was Avatar, so I’d guess that Cameron isn’t too worried, or in fact concerned at all, about that particular fact.

In conclusion, I’d like to add that unlike the Star Wars movies, I would in fact be more likely to go see this remastering if Greedo shot first, a distractingly CGI Jabba the Hutt was added, and the whole thing capped off not with Celine Dion, but a ghostly Hayden Christensen.