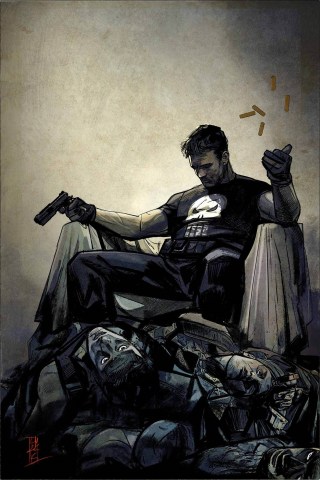 Whenever we talk about female writers, it’s often in the context of them giving depth and nuance to female characters. Meanwhile, male writers are praised when they “write women well.” Women, on the other hand, when they do write male characters it’s not seen as anything special, because men have already been doing it. There are no “cookies” for women who write men well, and yet having a female perspective when writing men is equally important when it comes to storytelling.

In a fascinating essay for Paste Magazine, comics writer Tini Howard talks about why it’s important for female writers to be given the opportunity to write for male legacy titles like Batman or Iron Man. She brings up the fact that it’s precisely because of sexism and the lack of equal gender representation that women like her have been trained from an early age to identify with male heroes – and therefore, may want to write them – in a way that male readers were never trained to identify with female heroes. Male heroes are the standard, female heroes are the “other.”

She cites Becky Cloonan, who will be writing Marvel’s main Punisher title, as an important moment for women in comics for this reason:

Last October, Marvel rocked fans’ worlds with the announcement that artist and writer Becky Cloonan would be taking on writing duties for the Punisher, the violent skull-adorned vigilante who will have a starring role in Netflix’s next season of Daredevil. Cloonan’s served as a pioneer before—in 2011, she became the first woman to draw the main Batman series. The Caped Crusader offers a good vantage point to assess the gender divide in comic talent; the role of writing him remains a prominent jewel in comics’ crown. Anyone who writes Batman has certainly ‘made it.’

Male heroes are still seen as “more important” than female heroes, and there are certainly more of them with solo titles, which is why this is an important hurdle for female comics creators to get over. A woman writing Wonder Woman, sadly, can be more easily dismissed than a woman writing Batman. Howard argues that there won’t be true gender parity in comics until women are in a position to steer franchises:

Where are the women writers leading summer-long events or steering the course of these massive franchise-heads? Over at Marvel, Iron Man’s never had a woman writer on his lead book, nor has Captain America. Give me women writing Civil War, or women writing The Dark Knight Returns. Okay, not literally—I don’t need a rewrite, but these are the kinds of stories that direct years of comics and get movies made.

Not only would this be beneficial to the creators themselves, but to readers as well:

[T]here’s something in it for fans of all demographics, too: a fresh perspective. The moments where we’ve seen these male heroes written by women tend to offer a believable vulnerability, an admiration sourced from places other than ‘power fantasy.’ Devin Grayson’s Gotham Knights run hits a high point in a case where Batman can’t seem to make sense of a case due to something the Dark Knight doesn’t often face: an emotional blind spot. His own origin story is exploited and subverted by something incomprehensible to him—a child killing his own parents. His extended family of butlers and Robins solves the case early on and supports Bruce through a conclusion he can’t bear alone.

I’ve never had any interest in Punisher, save for Valerie D’Orazio’s Punisher MAX: Butterfly one-shot, and her Punisher story for Girl Comics #2, but Becky Cloonan is one of my comic faves, so best believe I’m gonna be all over that business when it comes out. I’ve been heartened by the progress the comics industry has made in terms of giving female characters more of their due, but I would also like to see female creators get their due as well. Let them steer once in a while, comics publishers and fans. You might just like where they take you.

If you could pair your favorite female creator with a male comics protagonist, whom would you pair and why?