Tina Fey Says “No Way” to Hosting the Oscars 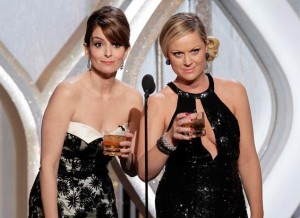 “I just feel like that gig is so hard. Especially for, like, a woman—the amount of months that would be spent trying on dresses alone … no way.” — Tina Fey, asked whether her Golden Globes hosting gig and an endorsement by William Shatner might lead to her and Amy Poehler hosting the Oscars next year.

Told that the interviewer “was hoping for at least ‘a one in a million chance,'” Fey responded “I wish I could tell you there was.”

Welp. There you go. It was a nice dream while it lasted.