Our First Look at Tina Fey in The Muppets… Again! 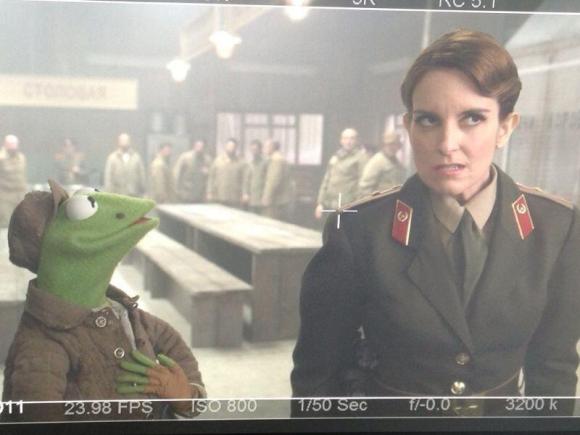 Here’s our first look at Tina Fey in her role as a Russian prison guard for the movie that is still being called The Muppets… Again!. The frog next to her, whatever you might think, is likely the jewel-thieving Constantine, a dead ringer for Kermit T. Frog.

Previously in The Muppets… Again!