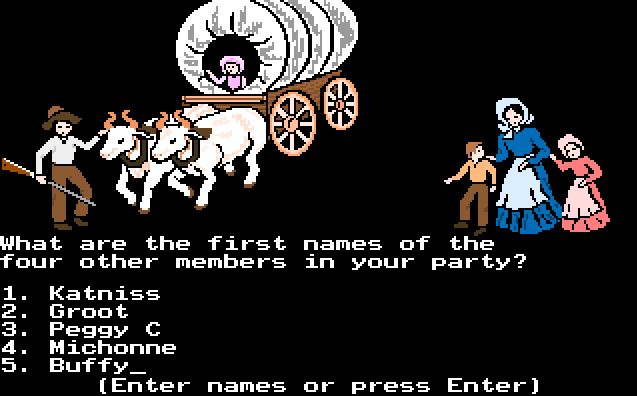 Fun fact: When I was a child growing up in Portland I thought Oregon Trail was only a thing kids in actual Oregon played. I was very wrong. And now all of us Oregon and not-Oregon adults can play it all over again! And a whole lot of other games we used to while away the hours with, too: This is your reminder that 2,400 MS-DOS games went live on non-profit library Internet Archive last week. Rejoice! Fear for productivity! It’s the weekend, so now’s the time to seize the opportunity to lay around in your PJs pretending to get dysentery.

Here is a list of just a small few of the faves up there right now, via HuffPo Tech:

You can find them here; all are supposedly playable in your web browser. If you would like to thank and/or curse anyone, that’d be software curator Jason Scott, who compiled all of these.

On why inflicted us with this:

MS-DOS was always my main thing; I coveted the Apple II world, really got into the Amiga when it came out, danced among Ataris as I could, but for the vast majority of my ‘work’ or whatever a teenager’s activities count as, I did it on MS-DOS