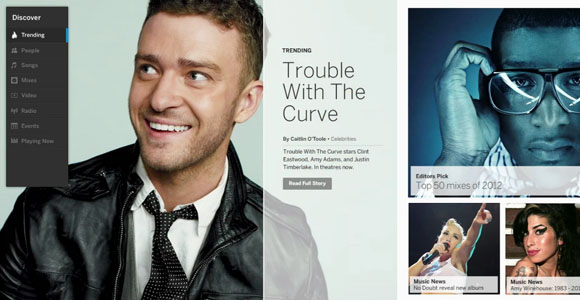 Have you thought about Myspace lately? If I were a betting kind of gal, I’d say probably just as much as you’ve though Justin Timberlake’s music career. Did you know, the musician/actor who starred in a film based on the creation of Facebook is trying to make Myspace popular again? This should be fun to watch.

Their “about us” page still cites Myspace as being a “leading social entertainment destination,” though I think you’d be hardpressed to find many people to agree with that sentiment. But all of that might be about to change. Yesterday, Timberlake posted a link on Twitter to this introductory video to the long forgotten website:

The new Myspace from Myspace on Vimeo.

First of all, the fact that Myspace allows you to sign in with either Facebook or Twitter is both hilarious and sad. (If you never deleted your account, you can sign in with your original log-in information.) Second of all, they use the song “Heartbeat” by Jjamz for the video. In case you didn’t watch the whole thing, here are some of the lyrics:

Maybe I’m ashamed to want you back.
Maybe I’m afraid you’ll never stay.
Thought I hated you a long, long time.
There was my mistake.

But perhaps this is good news for those who’ve grown tired with the ever-growing complications on Facebook and it’s actually been cooking for a while. As The Hollywood Reporter writes, “It was over 450 days ago, June 2011, that Chris and Tim Vanderhook bought MySpace. Monday, in Los Angeles, they were joined by investor Justin Timberlake to unveil the new look for more than 800 company employees.”

But the revamped Myspace is going to have a very specific focus, at least initially.

“In a single sentence, it’s a social network for the creative community to connect to their fans,” said Tim Vanderhook. “We’re going after artists, right after this we’ll be talking to various artists to come on the platform. We want to give them a chance to help build it with us. We’re really far along, but we really want that last twenty percent to really be crafted by more people like Justin that actually know the tools and things that they need.”

Right now, the new look is still in beta testing and you’ll have to request and invite if you want to see it for yourself. Would you try it? Here are some other lyrics from that Jjamz song to bear in mind, “If you break my heart a second time, I might never be the same.”