Congratulations to Tim Ryan for Coming Up With the Worst Campaign Slogan of the 2020 Race, Maybe Even of All Time 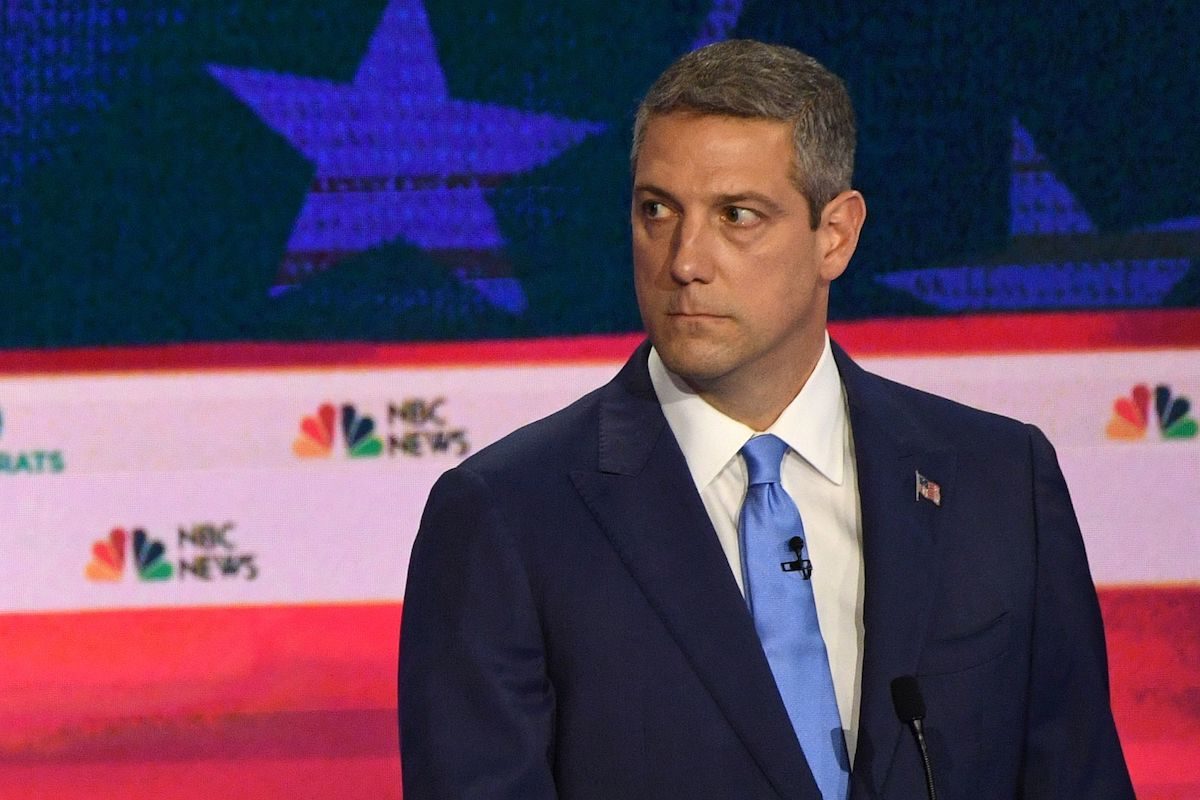 Tim Ryan, a man who is running for president but no one would fault you if you didn’t know that, has come up with what is most definitely the worst campaign slogan of this race, and possibly of any political race ever.

If we truly care about lifting up every voice and fighting on behalf of the issues that keep Americans up at night, let’s start by making our conversations civil and productive. #YouDontHaveToYell pic.twitter.com/OLsP1qeSze

During the first night of the second round of Democratic debates this week, Rep. Ryan and Sen. Bernie Sanders had an exchange over ending gas-powered car sales. Ryan said he didn’t think Sanders’ plan to end those sales by 2040 was realistic, and Sanders responded by saying he gets “a little bit tired of Democrats afraid of big ideas.”

As he elaborated on his desire to take on the fossil fuel industry, he spoke in typical Bernie fashion–which is to say, loudly. And apparently, that made Ryan’s ears sad. He told Bernie, “You don’t have to yell,” and then thought that was such a slam dunk of a message, he put it on merch.

Agree? Get the sticker: https://t.co/KEsxtK5eS2

Whatever your feelings may be on Bernie Sanders (and yes, I have a few), Ryan’s tone-policing is a baffling tactic. He seems offended by Sanders’ level of passion when talking about climate change–a literal life or death issue that politicians have been dragging their heels on for basically forever. There are a lot of issues worth yelling about–climate change, our broken healthcare system, voter suppression, kids in literal cages at the border… Imagine seeing all of that happening and thinking the best way to make any impactful change is through telling those in power “don’t yell.”

Imagine if Jeb! Had turned “please clap” into a campaign slogan https://t.co/Vfyjfi2Xct

Ryan isn’t the only Democrat wasting space on that debate stage, insisting we can defeat issues like institutional corruption through thinking small and being polite. Elizabeth Warren has the best response to these men whose names we won’t even remember by the time the next round of debates come around.

I genuinely do not understand why anyone would go to all the trouble of running for president just to get up on this stage and talk about what’s not possible. #DemDebate pic.twitter.com/cOCz5TS3AF