Today in Geek History: The First Flying Car Took Off 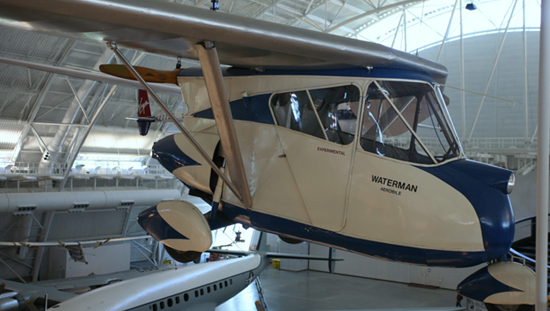 Remember when we didn’t have flying cars? Remember when all we could do is zoom around in two dimensions like suckers? Life was simpler then. Anyway, that’s the wistful reality that inventor/aviator Waldo Waterman was hoping for us. You see, today in 1937, the first “flying car” left the ground.

We’ve been counting on having flying cars for a long time. While the scientists get to it, we’ve been biding our time by envisioning Korben Dallas’s taxi in The Fifth Element, the DeLorean in Back to the Future, or even George Jetson’s, errr, briefcase. We’ve been dreaming about it.

Now, let’s not confuse flying cars with airplanes. The Wright brothers had already come and gone, and we as a wingless race already knew how to get things off the ground and keep them there for a while. Biplanes had already seen action in World War I, and the Red Baron’s own Fokker crashed in 1918. Planes were for trained aviators and military pilots.

No, we’re talking about cars, the kind that the common man could fly around in and then land right on the street in town, where presumably the common man would then go and get his pencil-thin Clark Gable mustache trimmed. Waldo Waterman created the Whatsit (great name!), the “Model-T of the air” (and which can now be seen in the Smithsonian Institution’s National Air and Space Museum), but the specs didn’t quite work out, so it got redesigned and became the Studebaker-engine-powered Arrowbile.

That’s the one that took to the air properly — and then totally didn’t get mass produced. Oh, they could have pulled it off. Ford even declared it feasible, but the logistics of mass production, air traffic control problems, and of course economy didn’t let flying cars get off the ground commercially. Not for lack of trying, way back then or many times since. 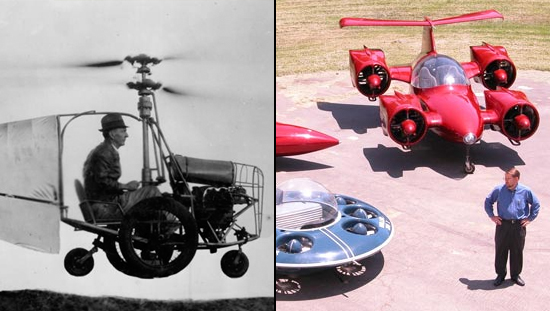 (images courtesy of cliff1066™, and Wikipedia here and here)