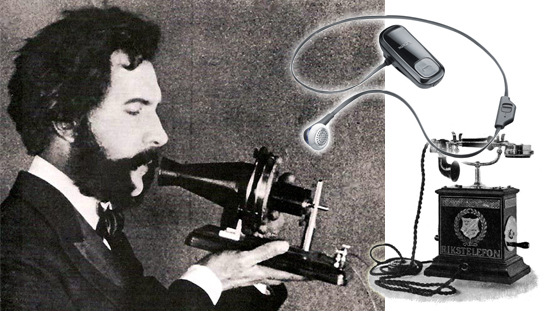 Phones are so ubiquitous that we screen our calls, hang up on telemarketers, and send stupid pictures to friends and family with our mobiles. Google Glass is on its way, for better or for worse, and it’s just getting harder to imagine how we used to call households, not individuals. Crazier still, we used to have to dial the operator first to get connected to other lines — back in the days when the world was black and white. All of this was possible because of a long soup-can-phone string of inventors, which culminated in this day in 1876, when Alexander Graham Bell received the patent (No. 174,465) for what was to become the telephone.

Specifically, the patent was approved for Bell’s “Improvement in Telegraphy,“ which was “the method of, and apparatus for, transmitting vocal or other sounds telegraphically.” It sounds as nerdy as it is, but there we have it: The newfangled telephone at its core.

The full history is dense, filled with many players and stodgy-but-brilliant scientists and inventors standing on the shoulders of other scientists and inventors, and even includes the controversy that Bell may not have been the true inventor. And since that day, there’ve been so many advances that it’s still hard to say what the latest is.

But the famous date in 1876 is still a hallmark in technology — mass communication leveled up. It was only three days after the patent landed that the famous first successful call was made. “Watson, come here! I want to see you!” is what Sherlock Hol…err, Alexander Graham Bell said unimaginatively — but amazingly — using a liquid transmitter that may or may not have been the invention of electric engineer Elisha Gray. That was the controversy. Both men even rushed to get their patents handed in on the same day. 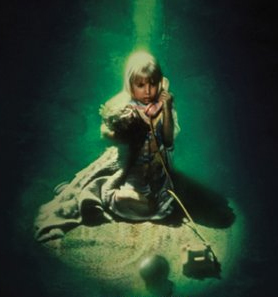 Even ghosts eventually took advantage of our technology.

Interestingly, Bell didn’t set out to invent the telephone. Before becoming a professor of Vocal Physiology and Elocution (which is a great word, by the way) at Boston University, he worked with the deaf. He trained teachers at various schools in the Visible Speech System, then got to work on his own experiments with a “harmonic telegraph.” The idea was to send messages through a single wire, each transmitted with a different pitch. It was years before he threw together his patent and working device.

Incidentally, on this same day in 1926, a short-wave radio was used to make a two-way call — the first trans-Atlantic call — between New York’s Bell Laboratories and a London Post Office. I assume the British were polite and the Americans a bit crass.

And then, somewhere along the way, we reverted back to the old cans-on-a-string technology. 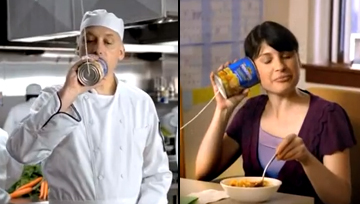