What Toys Do When We’re Not Looking 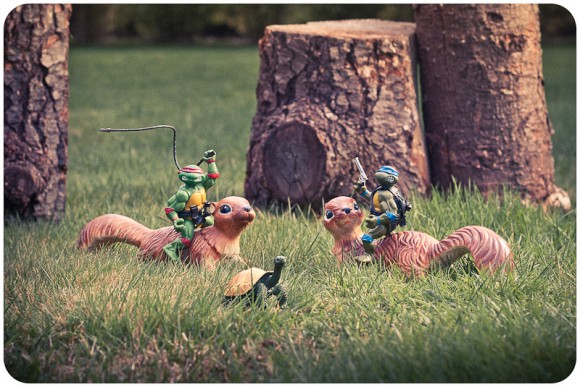 Man, if I had known 20 years ago that pretending my action figures were interacting with lawn ornaments, household appliances, other gangs of toys, etc. could have been considered art, I would be super rich right now. (Because my action figures did do all those things.) Artist Thurston Roscoe‘s photo collection of his imagined “behind the scenes” activities of action figures is available for purchase, but doesn’t it just give you ideas? More after the jump.

Surely, when not completing his obligations as the Master of the Universe, He-Man just wants to chill with his buddy Uhura and beat Skeletor’s high score. (“By the Power Pellets of Grayskull”) 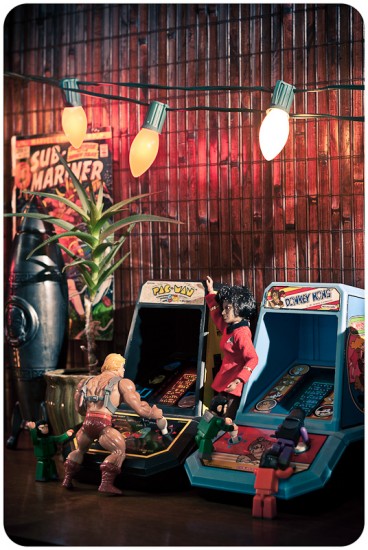 Christianity is probably like Scientology for Ewoks. (“A Higher Power”) 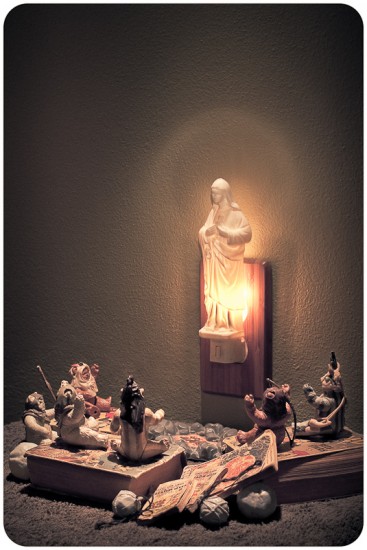 A blender really would be such an insane killing machine, wouldn’t it? Reducing someone to a smoothie? (“The Revenge of Mr. and Mrs. Orange”) 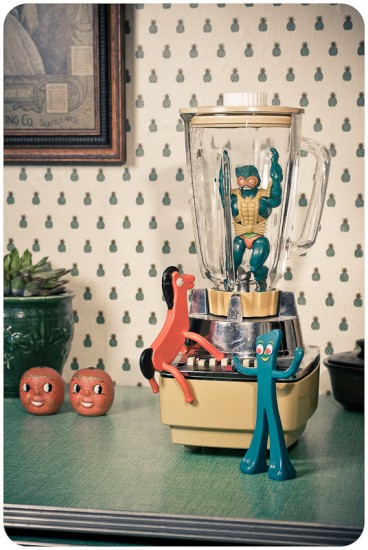 Rather than the hooker imagery, I’d like to think she’s on an epic journey through the suburban wasteland, and E.T. is the first person she’s encountered for a week. And now, she can either warn him of the zombie virus that overtook her home in the east or she can direct him to a certain death. Meanwhile, E.T. is just trying to make conversation while Sy Snooties drunkenly serenades him. (“Earth Girls Are Easier”) 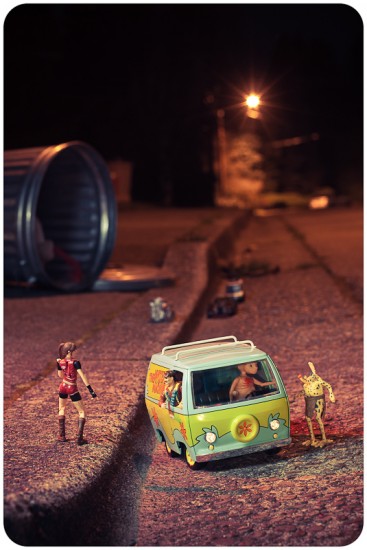