Say what you will, but the little guy has... backbone 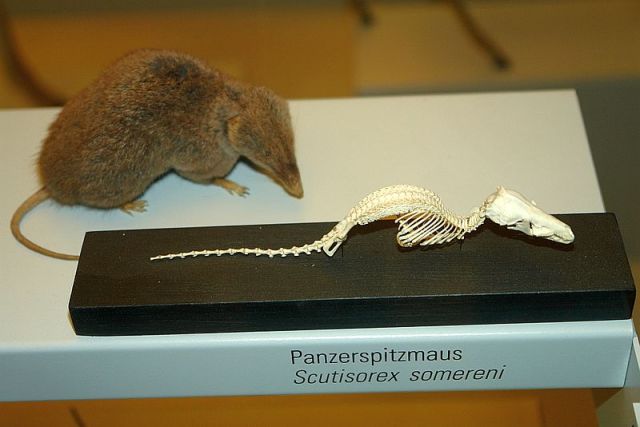 One of the strangest animal species on Earth is the hero shrew, a small mammal that resembles other shrews save for one utterly distinct feature — a spinal column with interlocking vertebrae that is unique among all mammals. Not anymore, as a sister species called the Thor’s hero shrew has been discovered in the Democratic Republic of Congo.

The hero shrew or armored shrew (Scutisorex somereni), also native to the Congo basin of central Africa, was discovered in 1910 and drew attention for its strange spinal structure. It has 11 lumbar vertebrae, compared to only five in humans and many other mammals, and they feature interlocking protrusions, enabling the animal to support a vastly disproportionate amount of force. This adaptation may help the insectivore use its body as a lever to move logs, rocks, or roots that stand between it and its food supply. An observation from 1917 claimed that adult men stood on the backs of the shrews for minutes at a time and caused no harm. That’s how they did science in the good old days before anyone cared about animal cruelty — they just let people stand on top of animals to see how tough they were. They probably tried to ride the Passenger Pigeon, too. 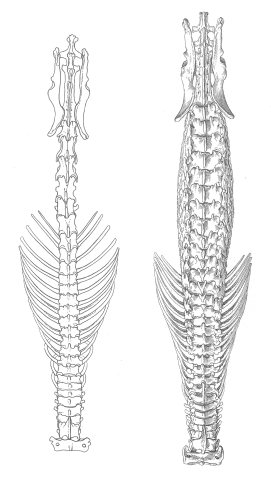 In an article in Biology Letters, scientists including William T. Stanley of Chicago’s Field Museum of Natural History identified Scutisorex thori, what they call Thor’s hero shrew, a close relative of the hero shrew. They say it’s named for Thorvald ‘Thor’ Holmes, Jr, a mammal researcher at the Humboldt State University Vertebrate Museum, but they admit that it’s also inspired by the Norse god Thor and his great strength. There’s a spider named after Stephen Colbert, so why should they be ashamed to name a shrew after Thor?

Evolutionary biologists have held the shrew’s anomalous spine as an example of punctuated equilibrium — the theory that evolution occurs in sudden bursts in between long periods of stasis — but the discovery of a new species with the same fortified spine could change their thinking. Stanley’s group found that the lumbar vertebrae and interlocking spinal structures in the new species are not as developed as in the hero shrew, supporting the possibility that this is an intermediary step to the super-strong spine, and more gradual evolution could have been at work here. Sorry, but super-strong hero shrews don’t get that way from freak chemical spills, cosmic radiation, or gamma rays.