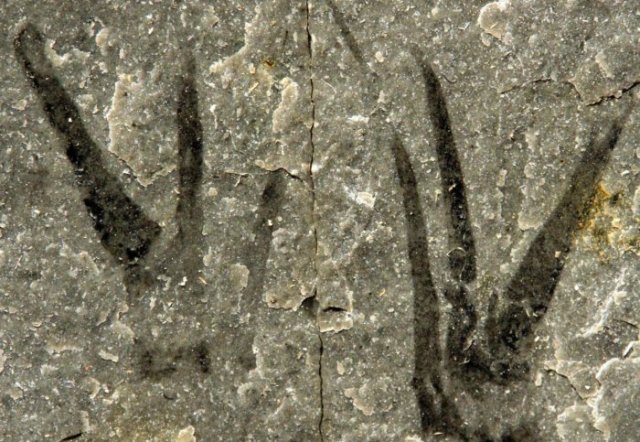 On a recent expedition, researchers from Imperial College London discovered an ancient fossil from Earth’s cambrian period that had never been seen before. The long lost relative of animals like lobsters and scorpions had one clear connection to both of those animals — a set of arms ending in scissor-like pincers. The appendages instantly reminded team members of the iconic character of Edward Scissorhands, and thus, Kooteninchela deppi — the first fossil creature named in honor of actor Johnny Depp — was born.

Living in warm, coastal waters approximately 500 million years ago, paleontologists think that Kooteninchela deppi would have been a predator or scavenger, using its scissored hands and the long spines that adorned them to either grab unsuspecting prey or to poke around in the soft dirt of the seafloor searching for animals living in the sediment that it could pull free and gruesomely devour. Oddly enough, if you believe the tabloids, Johnny Depp has been seen by reliable sources engaging in that exact same behavior, so maybe the connections are more than skin deep.

Or maybe they’re not. David Legg, who worked on the study as part of his PhD, said that the inspiration for the name was instantaneous:

“When I first saw the pair of isolated claws in the fossil records of this species I could not help but think of Edward Scissorhands.”

Which is the best reason we’ve ever heard to name a fossil after Johnny Depp. However, since it’s also the only one we’ve ever heard, maybe take that with a grain of salt.