5 Things We Want to See in the Sabrina the Teenage Witch Reboot, and 3 We Don’t 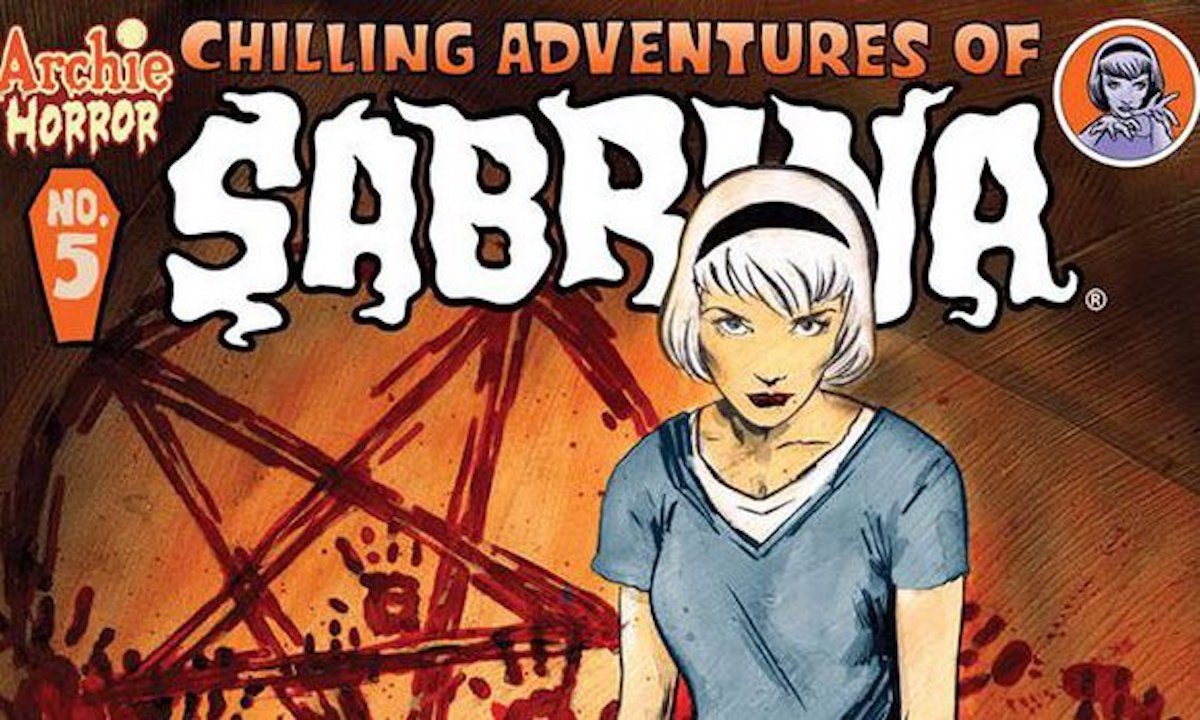 ’90s kids and horror fans have been impatiently waiting for the Sabrina the Teenage Witch reboot since it was announced in September last year, and with the recent news that The Chilling Adventures of Sabrina will be ready to stream on October 26th—just in time for Halloween—excitement has officially peaked.

Starring Mad Men alum Kiernan Shipka as the titular character, the coming-of-age tale will follow everyone’s favorite half-mortal/half-witch as she tries to balance her life as both a trainee sorceress and a high schooler. Adapted from the graphic novel of the same name, which was released under the Archie Horror banner, the TV series is is described by showrunner Roberto Aguirre-Sacasa as “a darker, more macabre version” of the Sabrina story. Although The Chilling Adventures of Sabrina is set in the ’60s, several beloved characters from the ’90s TV show and the comic books will be carried over, along with a few new ones to keep things interesting.

Here are a few things we want to see in The Chilling Adventures of Sabrina, and a few we really don’t:

What We Want to See:

She may have been separated from her cool archaeologist mom due to an old rule of the Witches Council, and her distant dad lived in The Other Realm, but OG Sabrina (Melissa Joan Hart) still had two strong female role models she could rely on, thanks to her kooky aunts Hilda and Zelda (made iconic by Caroline Rhea and Beth Broderick). 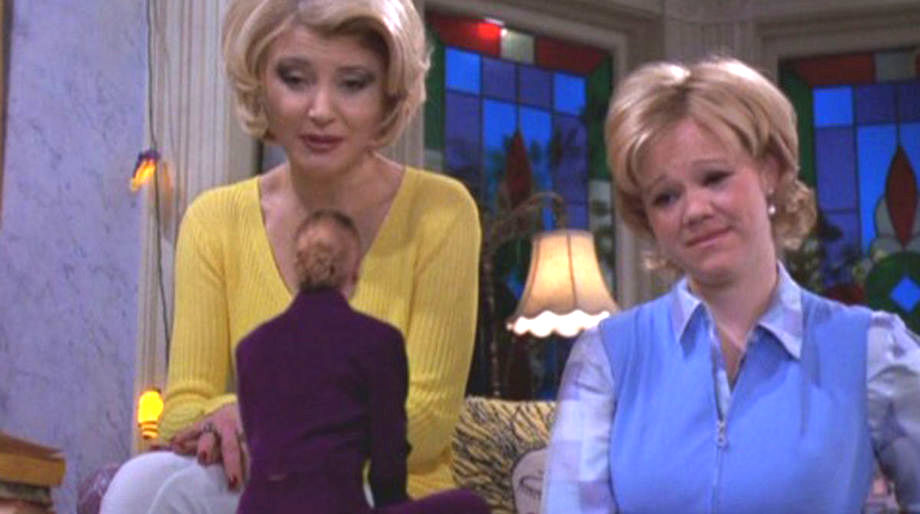 Along with their comedic value, in the ’90s version, Hilda and Zelda were Sabrina’s moral compass. Hilda’s carefree nature contrasted with sensible Zelda and her strict house rules, and the pair were always there to get Sabrina out of trouble when she needed it (although admittedly, some of that “trouble” was Hilda’s doing). We hope that this girl power dynamic transfers to The Chilling Adventures of Sabrina, and it’ll be interesting to see the effect her devil-worshipping aunts (played by Lucy Davis and Miranda Otto) have on the teen. 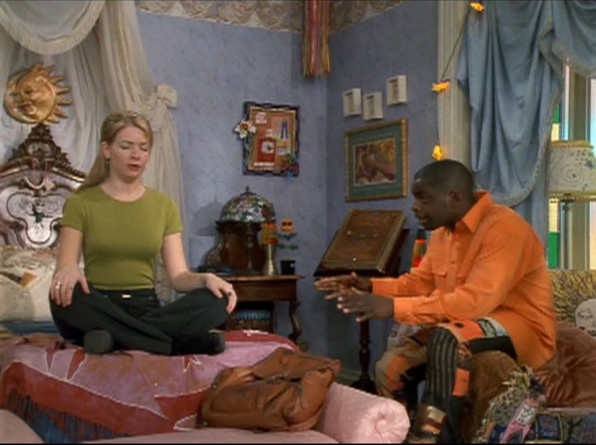 Although the cast of the original Sabrina are much loved, the lineup was very, very white—the exception being Sabrina’s quizmaster Albert, and later Dreama, who was written out without an explanation. (This was common in the OG. Just ask Jenny.) Fortunately, the new cast is more diverse, and the characters of color are more central to the plot than in the previous incarnation. 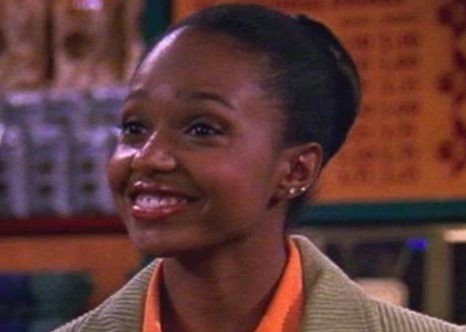 Sabrina’s BFF Rosalind will be played by Jaz Sinclair of Paper Towns fame, and Sabrina’s live-in cousin Ambrose Spellman will be played by British actor Chance Perdomo, in his first US role. The 100’s Tati Gabrielle also recently came onboard as Prudence, the enigmatic leader of “The Weird Sisters,” and Alvina August will be starring as Lady Blackwood. The characters of the original were also undoubtably straight (nevertheless, there were rumours that the closet door to the Other Realm was a metaphor), whereas we know that the reboot has at least one queer character, with Ambrose being described as “witty, puckish, and pansexual.” 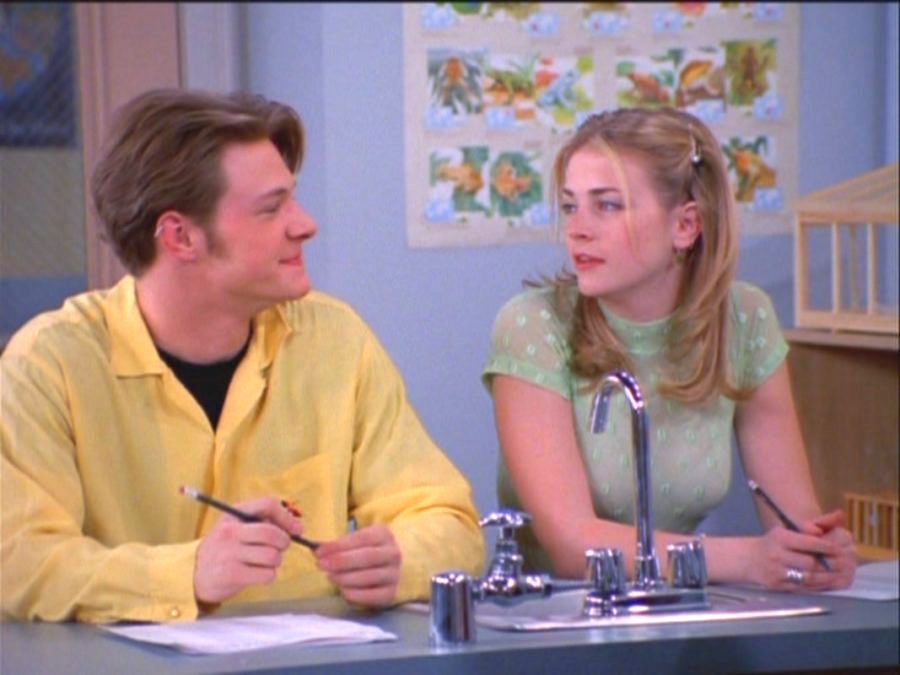 If you needed any more evidence that this new adaption was a horror story, then just know that Ross Lynch, a.k.a. the star of My Friend Dahmer, has been cast as Sabrina’s love interest, Harvey Kinkle. A stalwart of the original, you’ll be hard-pressed to find a tweenage girl who didn’t want Harvey (played by Nate Richert) and Sabrina to end up together—even if their first kiss did turn him into a frog.

Although we’re glad that their unconventional romance will continue, this new Harvey apparently has a dark side that the puppy dog-eyed OG didn’t. In Sabrina the Teenage Witch, Harvey was a sweet, clueless mortal who was somehow completely unaware of his girlfriend’s powers, whereas The Chilling Adventures of Sabrina version of Harvey knows her secret and will pitch in to help Sab protect the mortal realm.

However, rumours have been circling that the relationship is the result of a spell Sabrina cast on her beau, which if true, will definitely bring us Sabrina-Harvey shippers down. Not to mention Harvey has a rival in the form of warlock and Sabrina’s fellow magic student Nicholas Scratch, who sounds a lot more exciting than his rival in the original, Josh the coffee house guy.

According to Entertainment Weekly, the new Sabrina will be “a dark coming-of-age story that traffics in horror, the occult, and, of course, witchcraft.” That’s great and all, and we can’t wait for this new, darker take. But part of what made the original so much fun to watch was the show’s ability to laugh at itself. The original Sabrina the Teenage Witch dealt with everyday teen problems, just with a bit of magic thrown into the mix, and this surreal humour helped to make it a classic.

There was cackling and cauldrons, to standard mom jokes from Hilda and Zelda, not to mention the writer’s passion for puns. And although the show was often compared to quirky 60s forerunner Bewitched, there was literally nothing else like it on TV in the 90s. Still, the original was a sitcom, so laughs were to be expected, whereas the Chilling Adventures of Sabrina is definitely a horror. Nevertheless, we hope this new Sabrina doesn’t take itself too seriously and maintains some of the camp from the original.

We Hope Salem Still Throws All the Shade

In a tweet posted by Aguirre-Sacasa introducing the new Salem, the character was, well … a cat (a cute af cat, but that’s not the point). We know Salem has always been a cat, but in the original, he was played by a range of real cats and an animatronic puppet that didn’t seem to bother kids, but terrified adults. The role was voiced by Nick Bakay, who gave us such iconic lines as “Let’s give a big warm welcome to sadness,” and “Would you be terribly upset if I threw up in one of your shoes?”

In Sabrina the Teenage Witch, Salem’s punishment for trying to take over the world was to be turned into a cat for 100 years, which is why he could speak (and master sarcasm). However, there has been no mention of a voice actor for our favorite talking cat thus far, which is leaving many of us to wonder if Salem is going to remain the king of clap-backs that we all know and love. However, his character is said to be the voice of reason in the comic books, so we’re optimistic he’ll be there to put Sab in her place when necessary (can cats give side-eye?)

And here are some things we don’t want to see …

Season Two of Riverdale has been criticized for its increasingly confusing plot lines and awkward attempts to be edgy, and as another Archie comics adaption, it’s not unthinkable that The Chilling Adventures of Sabrina could end up in the same rut. The CW has a reputation of bringing out the worst in promising projects, and in the past, has been accused of everything from queerbaiting to glamorizing domestic abuse and statutory rape.

At one point, it looked as though The CW had the new Sabrina in the bag, but Netflix swooped in and took it out from under them. Still, both shows have the same production team, and showrunner Aguirre-Sacasa is also the series developer of Riverdale. That said, Aguirre-Sacasa did write the critically-lauded graphic novel the series is based on, so our expectations for the reboot are still pretty damn high, as are our hopes for a Riverdale/Greendale crossover as detailed in the comic books. (Betty and Veronica summoning demons? Hiram Lodge would certainly approve.)

Fans of the OG Sabrina have pondered the unexplained disappearance of many of the show’s characters. Take, for example, the aforementioned Jenny, Sabrina’s Westbridge High pal who up and vanished at the end of the first season. She was replaced by Sab’s new BFF Valerie, who was also written out (but at least we got a half-assed explanation for her departure) at the end of the third season. Valerie was replaced by Dreama, who also magically disappeared during Season Four—not to mention her college roommate Miles, science teacher Mr. Pool, and Brad, the high school witch hunter.

Seriously, where did they all go? Yes, we know it’s a kids’ show, and we’re totally overthinking this, but as the new version is aimed at more mature audiences, hopefully they’ll put more effort into character arcs and continuity.

So far, The Chilling Adventures of Sabrina has been likened to everything from Rosemary’s Baby, to The Exorcist, to American Horror Story: Coven—but the fact that it can be compared to so many existing pieces of fiction isn’t necessarily a good thing. Although Sabrina is an empowered young woman, in the original and the reboot, she’s still a slim, blonde heroine, and that’s not exactly anything new.

What makes Sabrina special is that she’s half-witch and half-mortal, and is forced to handle these conflicting worlds simultaneously. Hopefully showrunners will take plenty of risks with her character and the universe they’ve created, and not fall into old patterns for the sake of ratings or syndication.