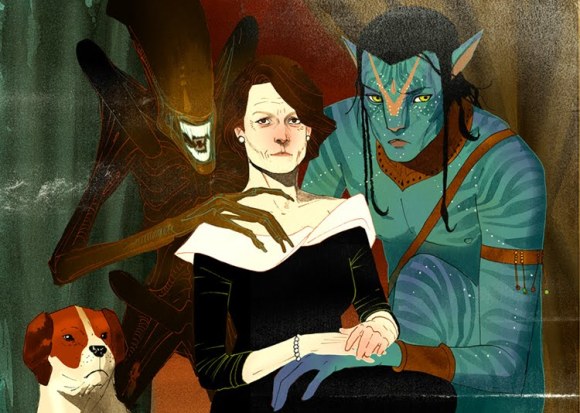 “Weaver in Waiting” by Kevin Wada, at his blog.

Daleks in love, in cross stich. They will procreate, and later produce more Daleks, to wipe out more alien races — EXTERMINATE! EXTERMINATE! (At So Geek Chic, where you can get the pattern) 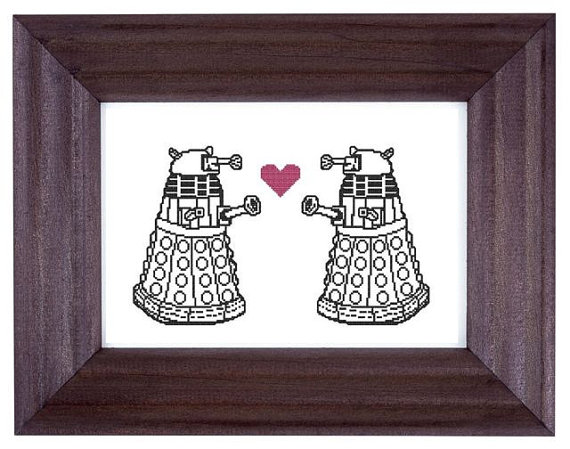 Gail Simone has weighed in on the changes taking place at DC Comics at Comics Alliance:

Right now, telling even the best stories in current continuity is negotiating a great many roadblocks and closed roads, set up by people who don’t even work in the industry anymore, for reasons that no longer make much sense. It can be done, the detours are amazing. But September is giving us a hot car to drive and a huge endless horizon in every direction. No pre-built fences, no roadblocks erected decades ago for a different set of drivers entirely.

And in other news, the picture in that post is the first time I’ve ever seen Superman with a mullet. And he looks like a Bizarro Brock Samson. 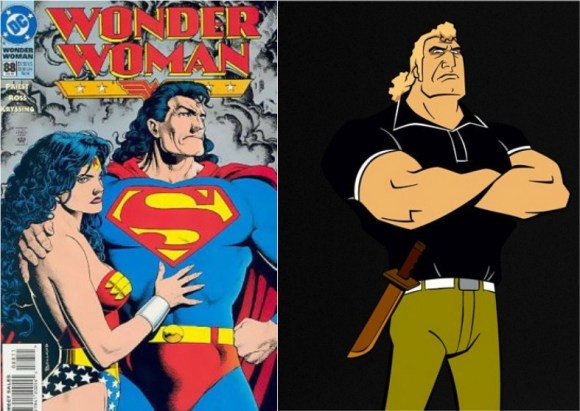 Pee-Wee Herman is vying for an Emmy for his Broadway show … using this tried-and-true method employed by Oscar-winner Melissa Leo! (At AdWeek) 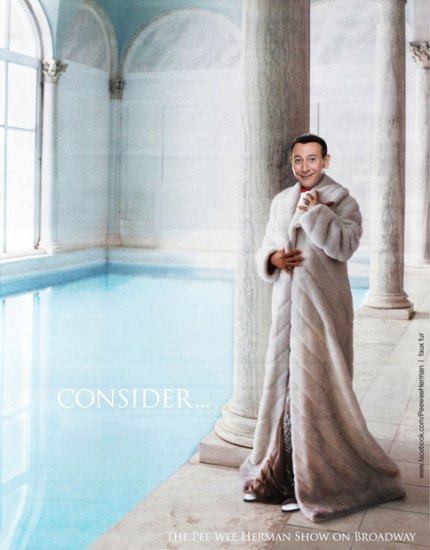 This is probably not part of your typical “5-minute face” makeup routine: Disney scenes, painted on your eyelids. (At Fashionista via The Frisky) 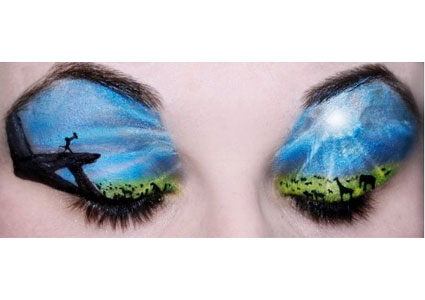 All the proceeds of this “Doctor Pooh” shirt will go to Hugs For Maddy, which is raising money for the 6-year-old daughter of artist James Hance. (At Fashionably Geek) 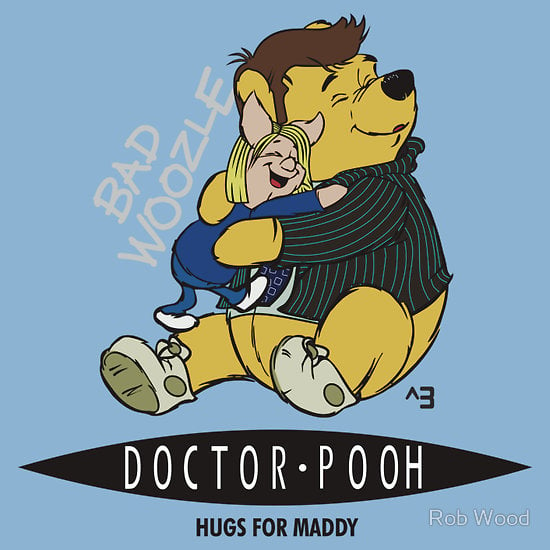