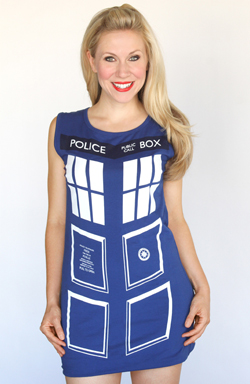 Hot Topic is now selling this TARDIS dress, courtesy of our pals at Her Universe.

The Wolverine set photos give us our first look at the baddie Viper, a.k.a. Madame Hydra, played by Svetlana Khodchenkova. (The Daily Blam)