Things We Saw Today: The Immediate Effects of the Repeal of DADT 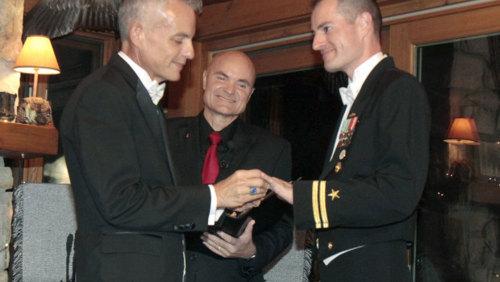 United States Navy Lieutenant Gary Ross and his partner of eleven years Dan Swezy tied the knot in Vermont this morning at 12:01, a minute after the repeal of Don’t Ask Don’t Tell ensured that Ross would not lose his career for marrying the person he loves. (The Daily What)

We just had to say something about it. Nerdy news after the cut, we promise.

We’re really excited about the opportunity to hand this book to a female reader who is into things like The Hunger Games. This is a strong character with her own point of view.

Shel Silverstein’s family has released another posthumous collection of work, and according to NPR in a poem called Years From Now he tells readers “I cannot see your face…” but in “some far-off place,” he assures them, “I hear you laughing — and I smile.”