Things We Saw Today: That You Can Get Your Engagement Ring by Robot Arm 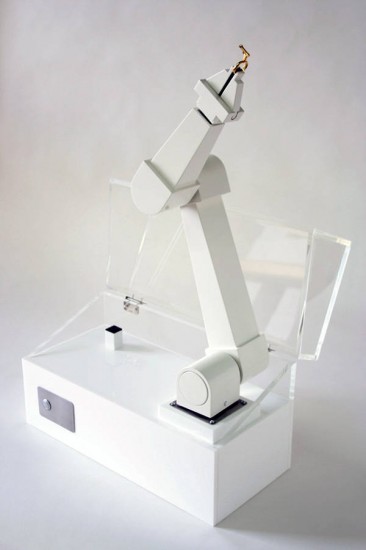 Also from Boing Boing, this robotic hand is designed as a jewelry presentation box feature, and will extend towards you as it offers you a ring. Just ignore its truly horrible name: Lady Killer.

These Batman and Star Wars corsets from costume and corset company Castle Corsetry are pretty cool. (At Fashionably Geek) 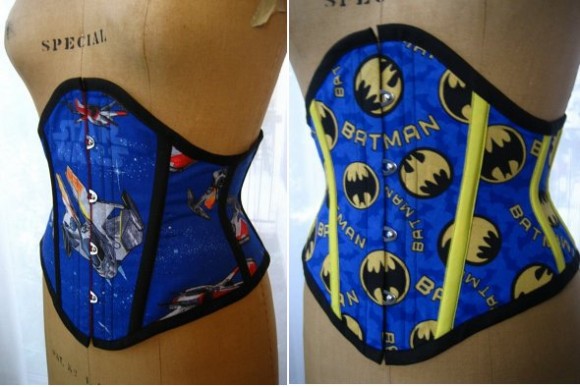 Would this shirt give you spidey-powers? Probably not, but we want it anyway. (At So Geek Chic) 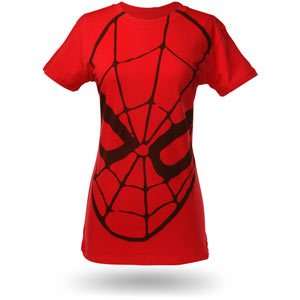 A gigantic Muppets standee has been revealed, to be seen standing around in theaters next month. Cameos in the film will include Zach Galifianakis, Jack Black, Ricky Gervais, Neil Patrick Harris, and Emily Blunt, to name just a few. Click to see it bigger. (At Collider) 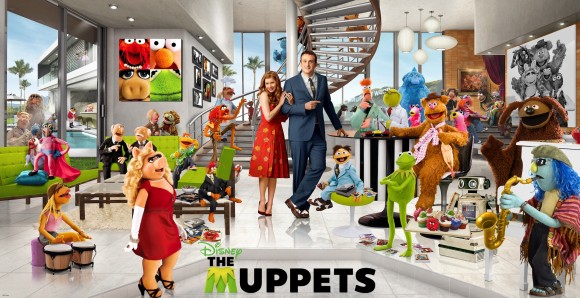