Things We Saw Today: What Bruce Wayne Is Thankful For 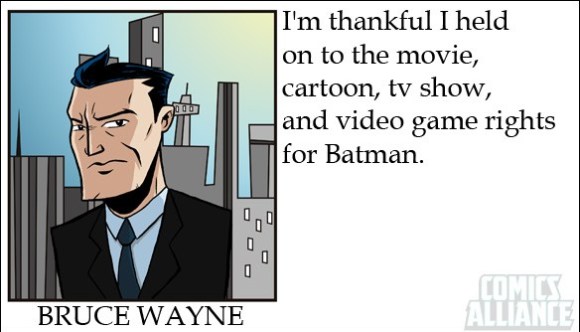 Curt Franklin and Chris Haley of Let’s Be Friends Againput together a very special series of Thanksgiving comics featuring several superheroes. Characters like Aquaman, Harley Quinn, Wolverine and Beast Boy tell us what they’re thankful for this year. Some of them may shock you but mostly they’ll just make you chuckle. What else did we see on this gobble gobble day… 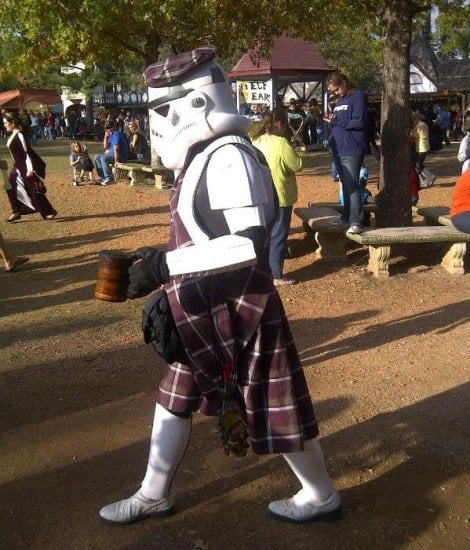 This is a Scottish Stormtrooper. (via Fashionably Geek) 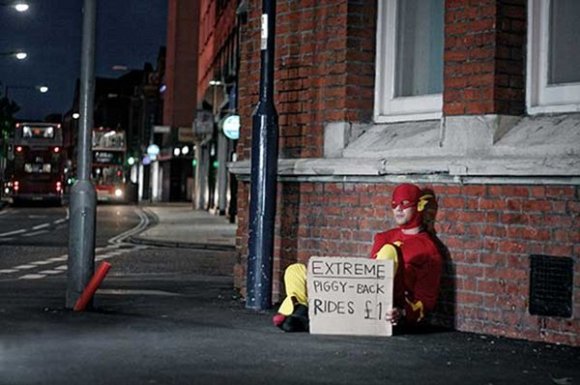 Francis Manapul’s The Flash title may be doing well in the DC relaunch but it seems the real-life superhero is down on  his luck. Won’t you ask for an extreme piggy-back ride? (via Fashionably Geek)