Things We Saw Today: Tamagotchis Are Coming Back Because Everything Old Is New Again 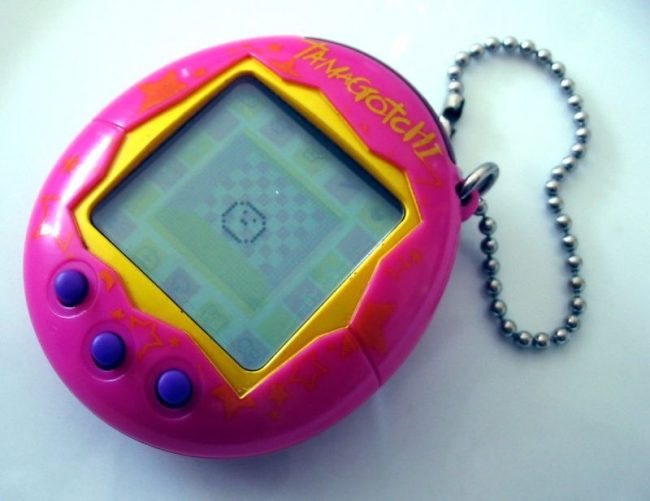 I finally got a Tamagotchi of my own long after the craze had died down—before that, they were in too-high demand, and I could only afford a rip-off Tomagotchi whose tiny pixelated pet was shaped like a dog. Regardless, I loved that thing, and I remember feeling despondent when my teacher took it away from me and locked it in his desk, knowing that my poor dog was going hungry and uncared for. Anyway, here are the details of the brief Tamagotchi revival, per Polygon:

On Nov. 5, Bandai America is marking the 20th anniversary of the original Tamagotchi with a $14.99, limited-edition release of a miniature version of the toy. The screen is approximately 40 percent smaller than that of the original, with the body a staggering 60 percent smaller. Aside from the size difference, everything about the Tamagotchi is the same. The screen still lacks a backlight, the three control buttons at the bottom of the device perform the same basic functions and the static 8-bit greyscale graphics are intact. Nothing about the Tamagotchi has been adapted for the modern age, and that’s one of its selling points.

I’m not ashamed to say I want one of these quite badly. (via Polygon)

So what’d you see today, my precious porglets?