Things We Saw Today: Superhero Shirts, With Capes, For Grownups

Well, “grownups,” and I absolutely use those quotation marks to include myself. (Fashionably Geek)

Some hero made this fifteen-foot scarf based on the one worn by the player character of Journey. And now you can really get mad when a giant stone serpent tears half of it off. (Game Informer)

I hate Before Watchmen quite a bit, but I’ll never hate it enough to not love Amanda Conner‘s inclusion of DC’s ad series showcasing its artistic talent. (DC Women Kicking Ass)

I’m tellin’ ya, we could use one of these in my apartment. Balancing the cork on top of the mouth of the bottle is not cutting it. (Neatorama) 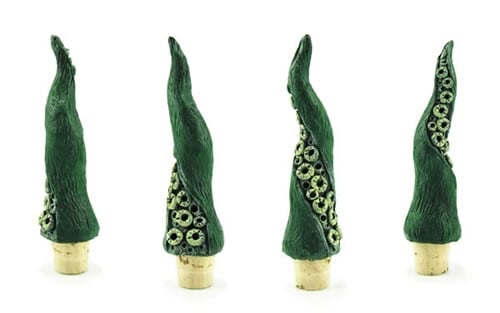 And finally, this .gif of an Amazing Spider-Man pop over ad that played during a baseball game has been making the rounds. I also felt it might be relevant to your interests. It’s majestic.