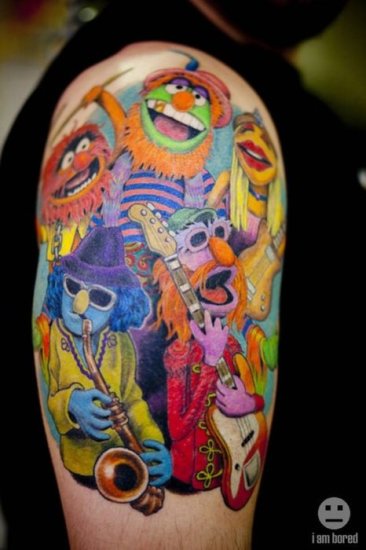 Now, this — this — is a nice tribute to Electric Mayhem. And yes, we are still reeling from/gearing up for The Muppets. Don’t you forget it! (via Diary of a Death Starlette)

It should come as no surprise that geeks sometimes work at Starbucks, making advertisements like this one possible. (via Scifi Mafia) 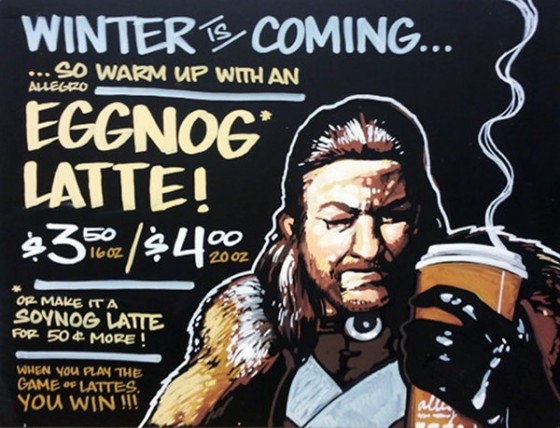 It’s time to start thinking of gift ideas, and here is something for the 8-bit gamer in your life: a wooden pixel Mario wall hanging. Created by Etsy user Device Zero, it can be yours for $35.00! (via So Geek Chic) 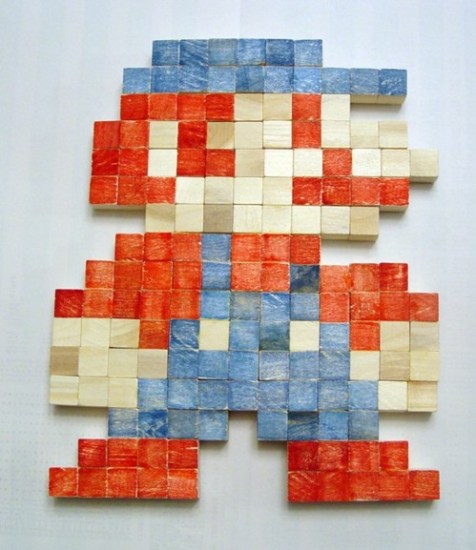