Things We Saw Today: Miss Piggy as Rosie the Riveter 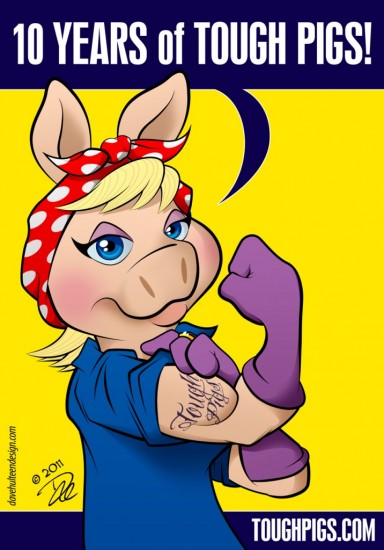 In celebration of the 10th anniversary of Muppet fan site ToughPigs, artist Dave Hulteen designed this interpretation of Miss Piggy as Rosie the Riveter. Happy 10th, ToughPigs! (At ToughPigs)

The winner of Bleeding Cool‘s “Pose Like Wonder Woman” contest is this guy, Noah O’Tool, and his star-spangled speedo. (At Bleeding Cool) 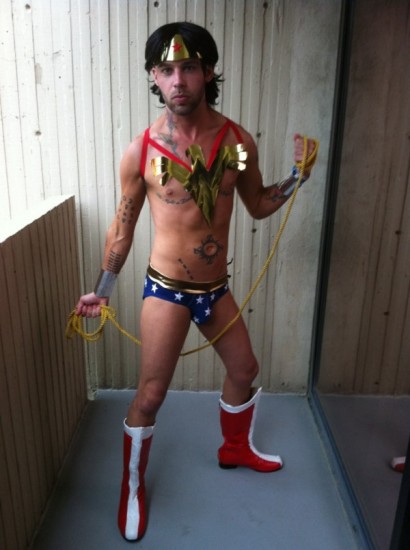 This is a TARDIS corset, and I will not rest until I come closer to owning one. (At Geeks Are Sexy) 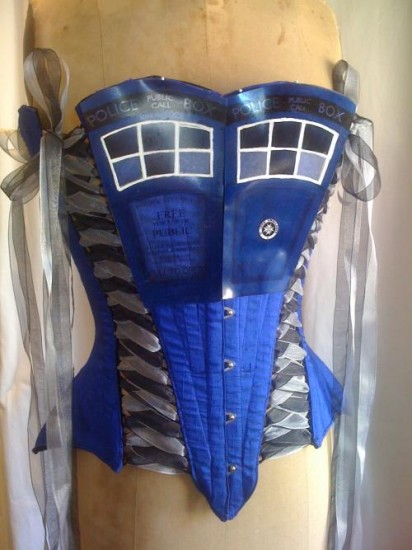 This Spider-Man pizza is making us very hungry, and while we don’t appreciate that, we do appreciate the idea and the execution, and there’s no doubt we’ll be rearranging our pepperonis the next time there’s a pizza in front of us. (At Global Geek News)

And finally, some brilliant soul on Tumblr was re-watching ’90s cartoon classic Recess and noticed that Mr. Dude is fully the love-child of Captain Jack Harkness and the Tenth Doctor. Our minds, they are blown. (At The Ducktah) 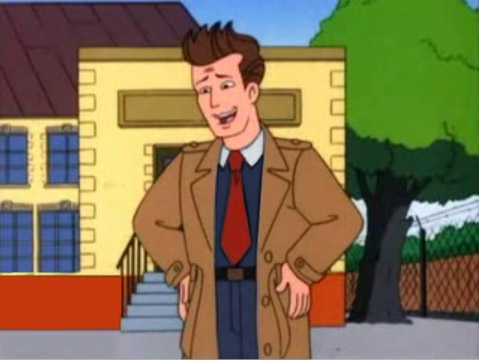 WHOA. We always had a crush on him, and now we know it was at least partially our brains connecting themselves to future mega-crushes. Brains work like that, right?