As a writer, I could really get behind the idea of being paid not to write my bad ideas in addition to getting paid to write my good ideas.  Is there a Kickstarter project we could start to start this? (GeekDad)

It’s going to be hard to follow that with a joke, but here’s Superman being dumb. (See Mike Draw)

DeviantArt user Daniel-Morpheus took it upon himself to craft this poster for a theoretical Justice League movie based as much as possible on the design style of the current crop of DC movies and characters. We’re altogether too wowed by it’s pretty to think about its casting. We leave that to you. There are also a few “making of” pictures in his gallery, for your perusal. (via Comic Book Movie) 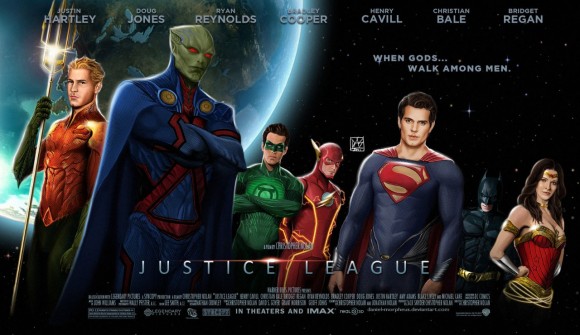