Things We Saw Today: Where Everything Is In The Hunger Games 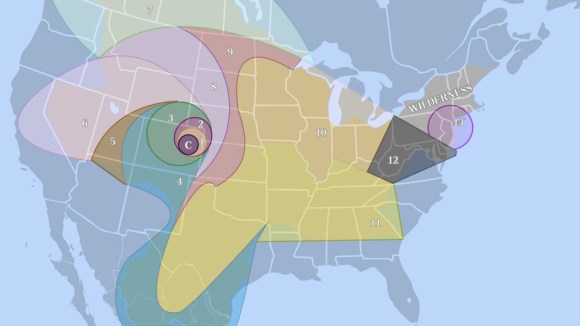 Okay, you guys: I haven’t finished the second book in The Hunger Games trilogy yet, so I am admitting openly to you that I didn’t read this entire post because it warned me of spoilers. However, I know enough to tell you that V. Arrow, who wrote the upcoming The Panem Companion: An Unofficial Guide to Suzanne Collins’ Hunger Games, is the woman responsible for this map of Panem and its districts. (via io9)

There is a decent chance that we’ve posted this before, but it’s making the internet rounds again, and it’s pretty amazing to look at: the ‘Til Death Do Us Part Knuckle Duster by Kate Bauman. (via Technabob) 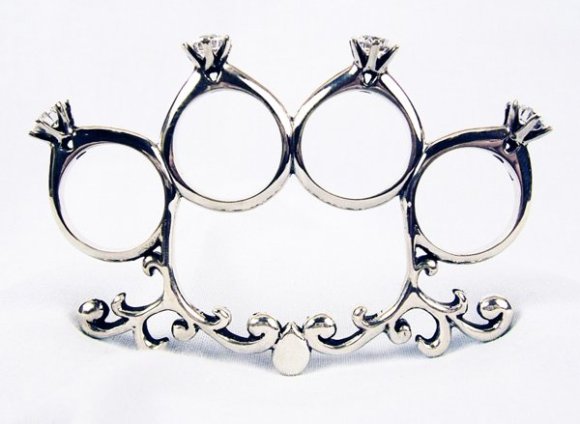 If the world of The Colbert Report and The Daily Show With Jon Stewart was made into a Bond movie, here is what the poster would look like. (via BuzzFeed) 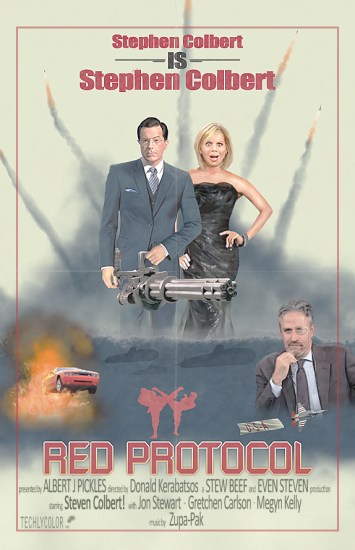 Sigourney Weaver says that she’s read preliminary scripts for James Cameron‘s two Avatar sequels. Yes, she’s in them, and she provided this quote:

I read early versions of the script, but I can not say anything else James Cameron comes here and kills me. I can say that I’ll be in both, we will turn them one after another and explore worlds that were not touched in the first episode… What is certain is that Cameron will begin filming in the new Avatar only after going underwater in a submarine that will build special purpose. I think it should go up to the Mariana Trench. Having put his hand on the Titanic for the 3D version has given him many ideas for narrative Avatar.

And, finally, via OMG DJ Judy, a steampunk Flash: 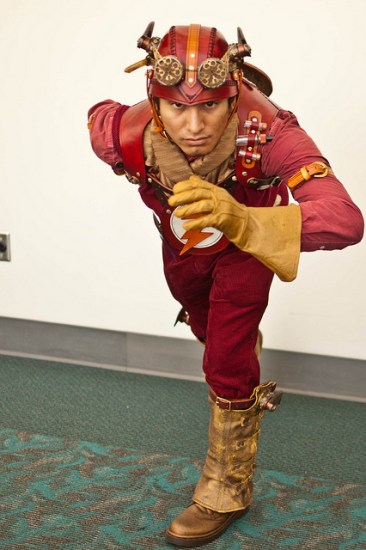