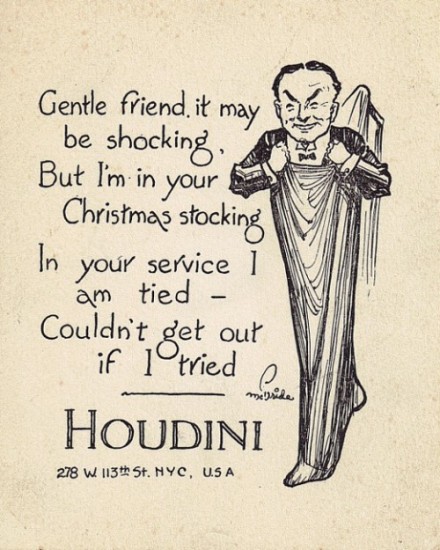 According to Neatorama, this is what escape artist Harry Houdini’s actual christmas card looked like sometime around 1920.

Fashionably Geek shows us every Batman costume, ever. 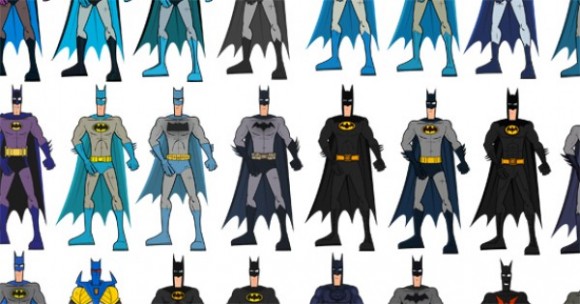 Tired of the holidays? Well, they’re not quite over yet, but you might enjoy the catharsis of these high-speed photos of Christmas tree ornaments being destroyed. (I Heart Chaos) 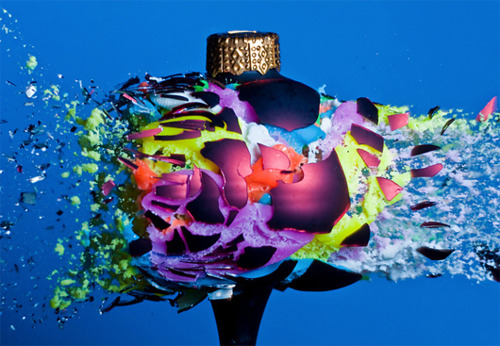 And, as if your house isn’t already full of baked goods, you might try this guide to crafting Abominable Snowman and Wampa cupcakes, placed here because Susana loves coconut, screw the haters. (Bit Rebels) 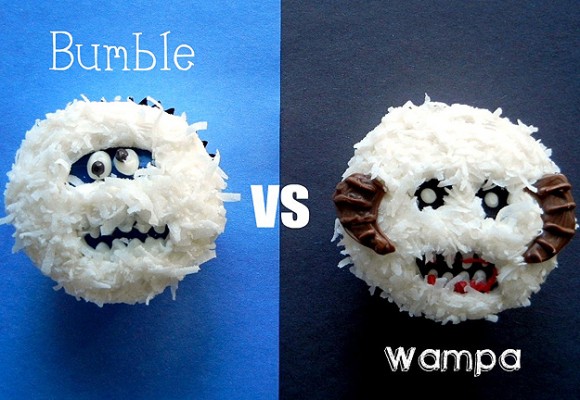 This is not a replica of Eleven’s sonic screwdriver: it’s an actual screwdriver, one of a limited series of 25 built by the show’s own propmaster. Get them while they’re hot. (QMx Insider via @geekgirldiva) 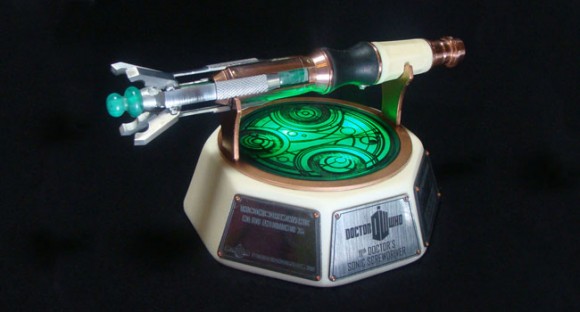