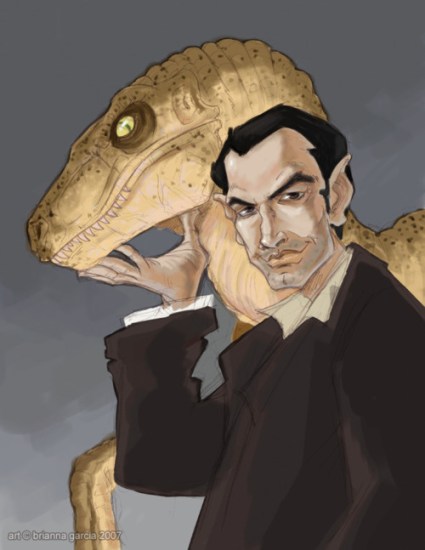 Oh, Ian Malcolm, we will let you be a know-it-all um … um … uhhhh … any day of the week. By Brianna Garcia. Found on The Bird and the Bat, which is run by the Nerdy Bird herself, Jill Pantozzi. As we announced on Friday, she starts working with us tomorrow!

Well, this is one of the better Batman-themed tattoos I’ve ever seen. (at Diary of a Death Starlette) 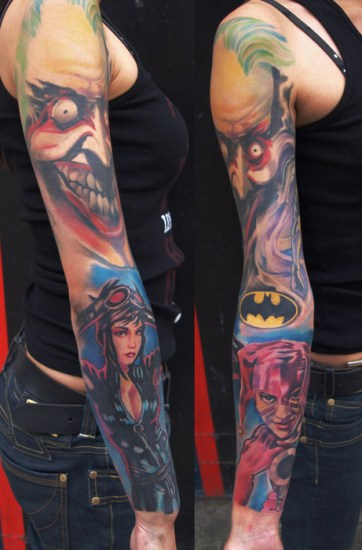 Kate Leth has weighed in on DC’s response (or lack thereof) of the backlash after Catwoman #1 and Red Hood and the Outlaws. (also via Diary of a Death Starlette) 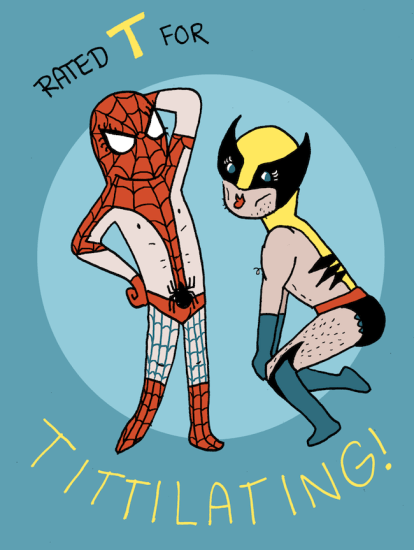