Things We Saw Today: She Will Destroy You 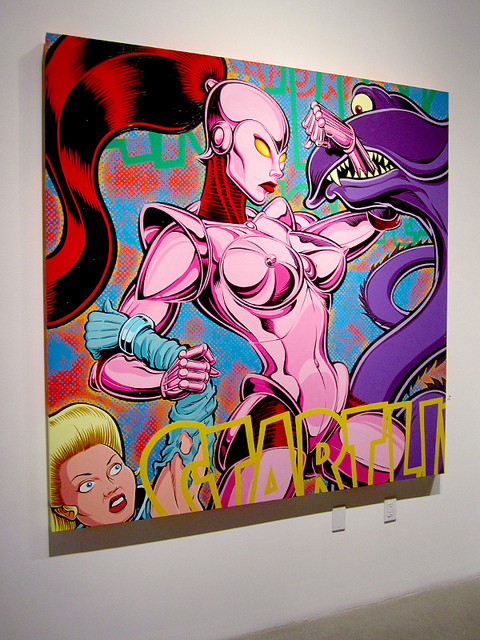 From the Idle hands exhibit by artist Coop. (Hi Fructose via Diary of a Death Starlette)

Looking for the trailer for The Avengers? Huliq has some shaky-cam versions that may or may not be taken down by the time you read this. Watch this space for the official one when it hits the web.

Joss Whedon says that he wants to write a prominent, male gay character, and we don’t know what’s stopping him:

I have actually wanted to do a book. I have one in mind. It’s not on the front burner. You write enough lesbians and you start to realize: This is just a guy. This isn’t feminism. This is Cinemax. I think it’s time for a little equal opportunity. Besides, who doesn’t love cock?

These 14K gold number rings by Lulu Frost are just so darn dainty and pretty that we had to put them here to show you. (at Trend Hunter)

Cracked has a different take on Captain America after they wondered what would happen if Cap was just crazy. 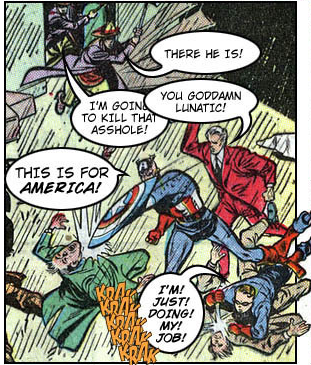 Today was the first day that same-sex couples were finally able to legally wed in New York! The very first lucky couple were grandmothers Kitty Lambert and Cheryle Rudd, who wed in Niagara Falls at midnight. We wish them the biggest congratulations ever! (at BuzzFeed) 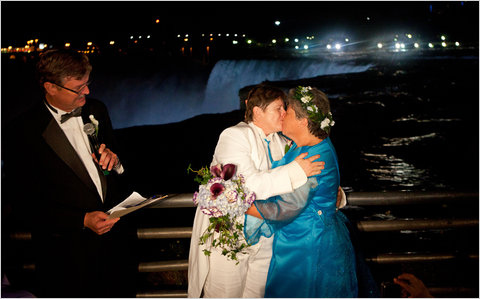 M. Molly Backes has some advice for parents who want to encourage their children to be writers:

First of all, let her be bored. Let her have long afternoons with absolutely nothing to do. Limit her TV-watching time and her internet-playing time and take away her cell phone. Give her a whole summer of lazy mornings and dreamy afternoons. Make sure she has a library card and a comfy corner where she can curl up with a book. Give her a notebook and five bucks so she can pick out a great pen. Insist she spend time with the family … Give her some tedious chores to do … Make her go on long walks with you and tell her you just want to listen to the sounds of the neighborhood.

Also: Let her be lonely, let her fail, let her have secrets, and let her find her own voice. Even if it means writing horrible fan fiction to start.