Things We Saw Today: The Return Date For Community! 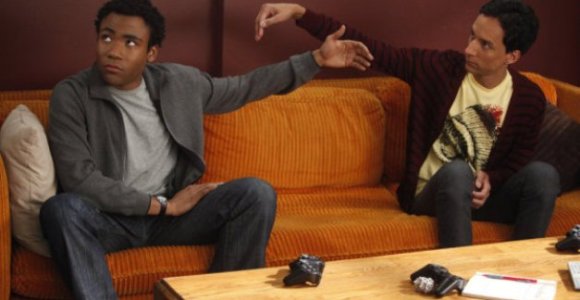 Dan Harmon just tweeted the good news, and the even better news is that we won’t have too long to wait until Community comes back to NBC: “What you call 8:00, we call home. Community returns to Thursday nights on March 15th.” This homecoming will be so, so sweet.

Speaking of movies that are scary for Fandango customers: Here is a picture of “Weird” Al Yankovic with his Edward Cullen pillow. (via The Uniblog) 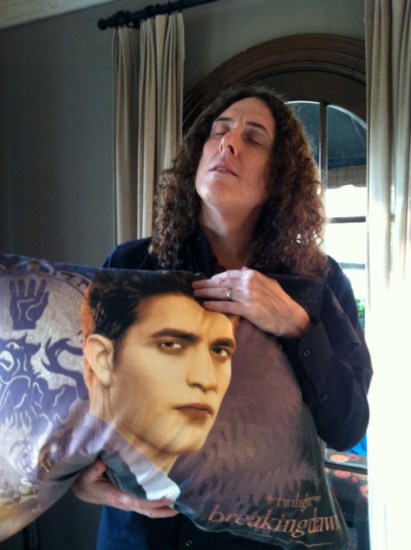 The FunWithNeedles shop on Etsy has these quaint little cross-stich dalek rings. We believe this is a perfectly nice way to exterminate $8. (via So Geek Chic) 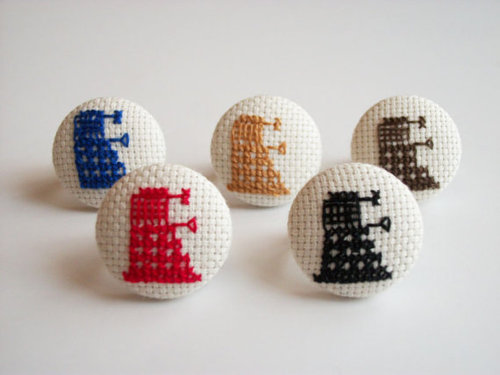 Here is a new poster for Tim Burton‘s Frankenweenie has appeared online via the movie’s official Facebook account, where it’s animated. Bleeding Cool has this non-animated version, but you’re not missing much. Just some lightning. But still: AWWWWWWWW, Sparky! (via Empire)

Red Bubble is featuring this super hipster version of the Iron Giant, the Ironic Giant. Get it? See what they did there? (via Fashionably Geek)

And The Beat has a pretty good example of this, right here, for your eyes to look at (by Shobana “Bob” Appavu at Demon of the Underground, posted at Escher Girls):

See? Not the same.