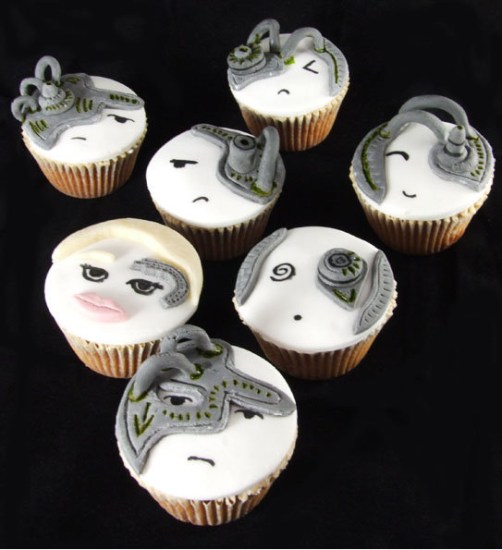 Despite how adorable these are, cupcake resistance is futile. There was no credited artist on these, so if someone comes forward with more information, we will edit and give credit where it’s due. (via Geeks Are Sexy)

Finally, this is the coolest guitar you will see today. It is shaped like the Millennium Falcon. (via Rampaged Reality)