Ashley Eckstein, who provides the voice of Ahsoka Tano on Cartoon Network‘s Star Wars: The Clone Wars said that she’s always wanted to cosplay the character, even before she got the gig. So, she went ahead and did that for us. She’s written about her experience on CNN Geek Out! We also urge you to visit the amazing online store that she runs, Her Universe, which specializes in geek apparel for women and girls. Yup. Lots of awesome stuff going on here.

Draw 2D2, one of the best places on the internet for mashups, has an excellent Back to the Future-Batman piece by Jason Welborn. (via Tor) 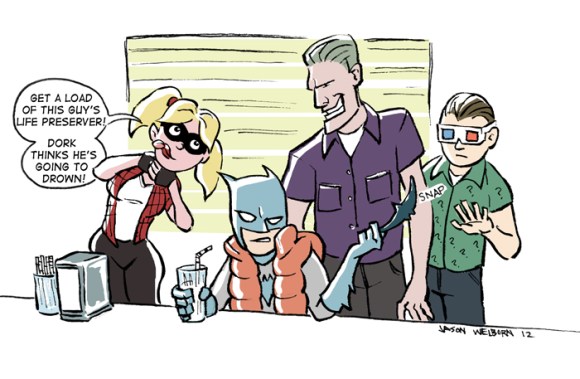 A little boy named Flint wrote a weatherman named Mr. Ramon the best letter that Mr. Ramon has ever received in his life, we’re willing to bet: 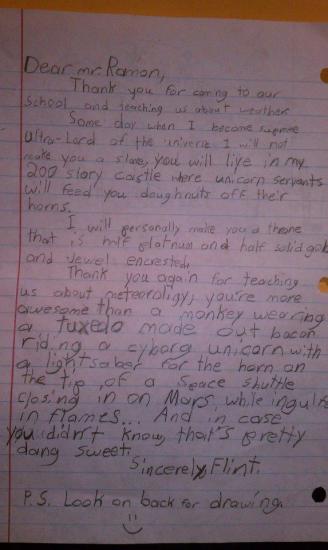 Don’t worry, here is the drawing: 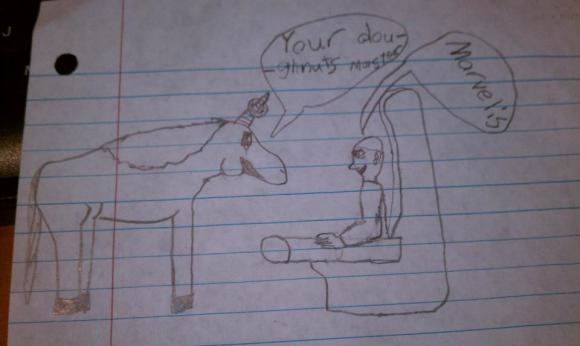 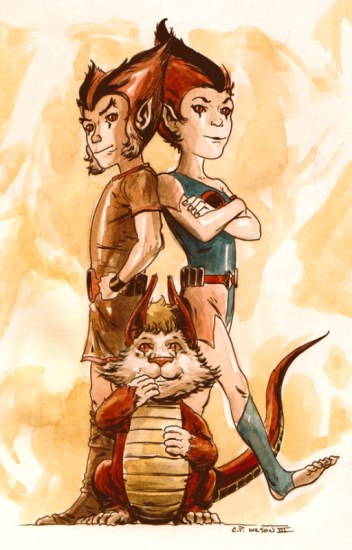 With all the stories we post about how female comic characters are always stuck in impractically racy costumes, Topless Robot has a pretty decent roundup of male characters in equally racy garb. Like Colossus of the X-Men, lllllllllladies: 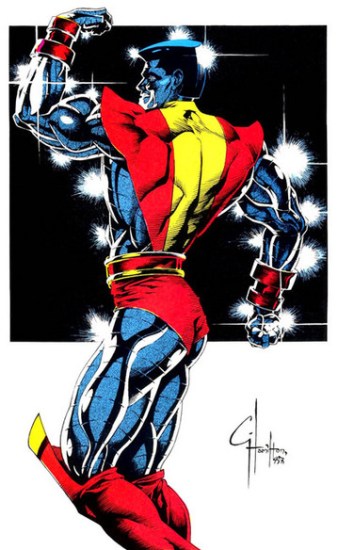 These downloadable book covers speak for you when you’re deeply in the throes of a good book. (via Nerd Approved)

Guys, GUYS: The Starks, in cuddly crochet form. By LunasCrafts on Etsy. (via Nerd Approved)