Things We Saw Today: Archie Does DC | The Mary Sue 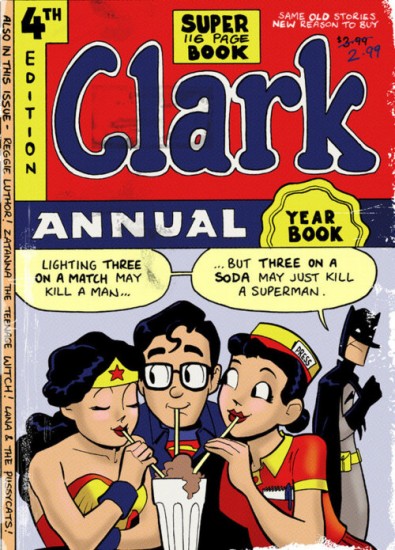 In case any of you were ‘shippers, here is a dose of adorable for you. (At DC Women Kicking Ass)

Today in Brilliant: FILM CRIT HULK! HULK BLOG! has an in-depth analysis of the Julia Roberts movie based on the book by Elizabeth Gilbert, Eat Pray Love.

HULK NOT AGAINST “CHICK FLICKS.” HULK EVEN FIND THAT TERM REASONABLY OFFENSIVE. MANY PEOPLE CONFUSE THE LOW QUALITY AND PANDERING NATURE OF RECENT HOLLYWOOD ENTRIES WITH THE ACTUAL POTENTIAL QUALITY OF THE GENRE. THAT BIG MISTAKE. IN HULK’S VIEW, THERE SIMPLY GOOD MOVIES AND BAD MOVIES. HULK NOT CARE ABOUT GENRE OR INTENDED AUDIENCE. SO EAT PRAY LOVE = MOVIE ABOUT FEMININITY AND PERSONAL ENLIGHTENMENT? SURE, PERFECT! IT TOPIC NOT EXPLORED ENOUGH IN MOVIES, SO SIGN HULK UP! BUT HULK’S EVENTUAL PROBLEM WITH EAT, PRAY, LOVE THE ACTUAL CONVEYING OF SAID MESSAGE/SOLUTIONS/THEME AND NOT MESSAGE/SOLUTIONS/THEME ITSELF.

A fancy clutch — made with LEGOS. (At Fast Company) 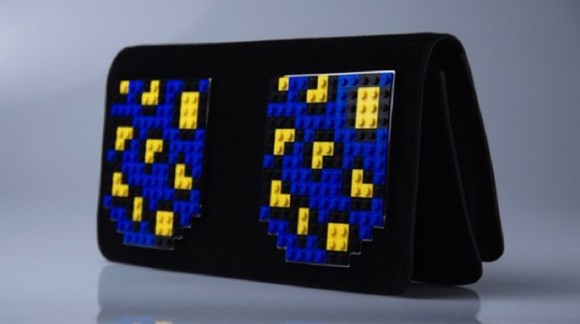 Apparently, the Superman suit has finally been revealed on Smallville, though not on Clark. (At Topless Robot) 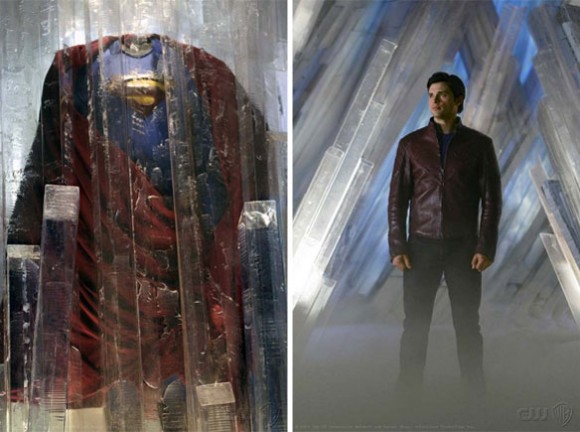 Personally, I think the entire Scream franchise is feminist-friendly, but over at The Awl, Melissa Lafsky has dubbed Scream 4 “the first mainstream feminist horror film”:

…[T]he chicks get to shout and punch and spout out lists of classic horror films and treat boys like dryer lint and generally act AWESOME. And they don’t get killed for doing so (well, ok, some of them get killed—but Jesus, it’s a horror movie).

Oh, really? I will have more to say about this on Monday … (At The Awl)

Steampunk Iron Man, made from figures for The Incredible Hulk, a Fox Sports NFL guy, and a Transformer. (At Geeks Are Sexy) 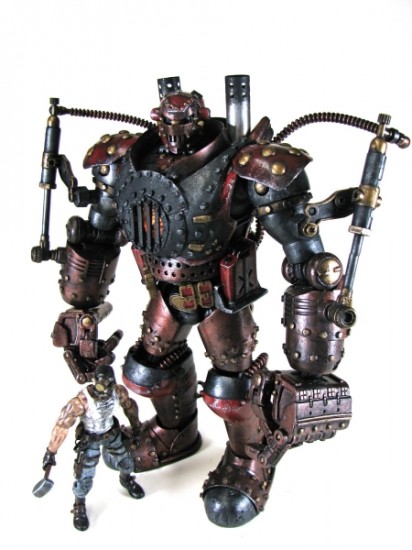 That’s Nerdalicious! said it best: “So that’s where Peeps come from! They are implanted into their donut hosts only to destroy it by bursting out at birth.” 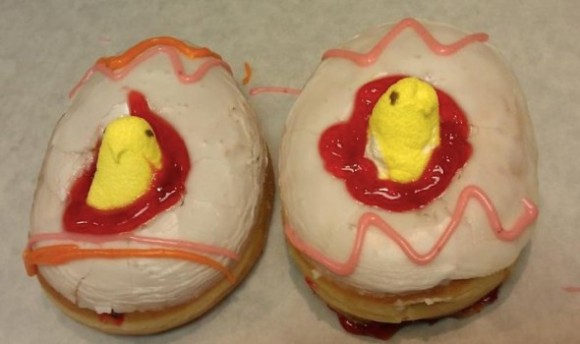 Attention Browncoats: This Firefly dress is available at Raygun Robin. 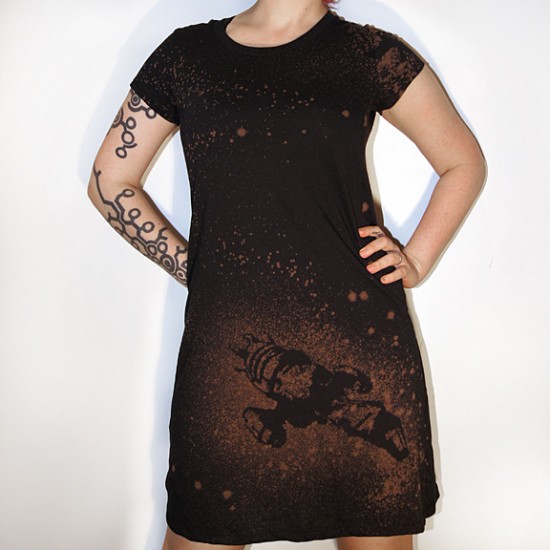