Things We Saw Today: AMC Wants A Zombie For President 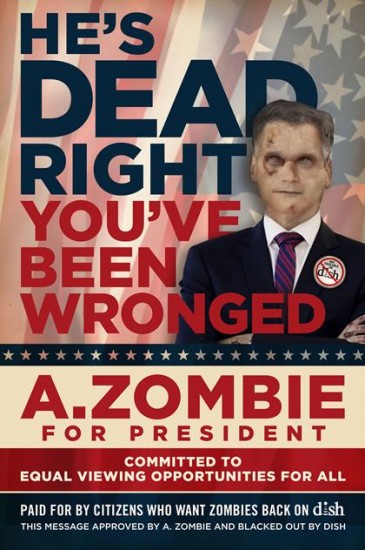 In the ongoing battle between AMC (and other networks) against Dish Network, the cable channel has started a viral campaign called, “A Zombie for President.” Wonder how he’ll do in the debates. (via Pop Candy) 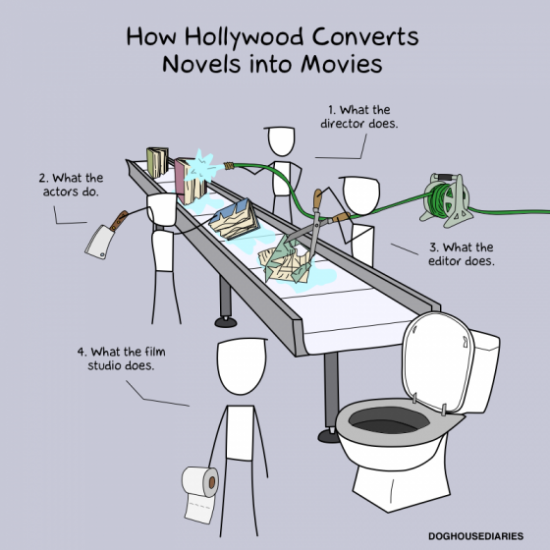 A delightful illustration of how Hollywood takes novels and turns them into movies. (via The High Definite) 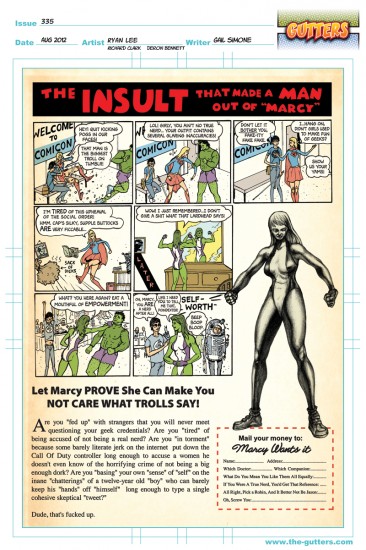 The latest Gutters was written by Gail Simone. We love it. View larger on the Gutters website.