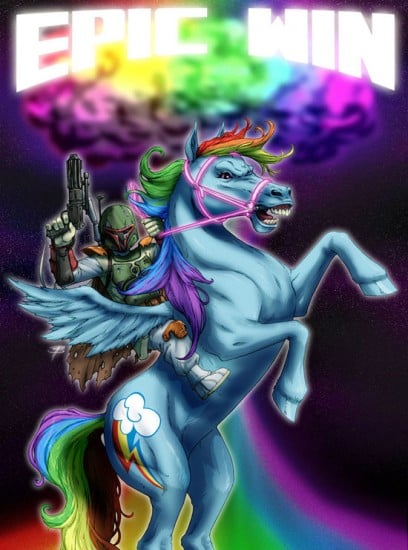 You love Star Wars. You love My Little Pony. Do you love Boba Fett riding Rainbow Dash? I’m still on the fence. While you’re deciding, check out what else we saw today. 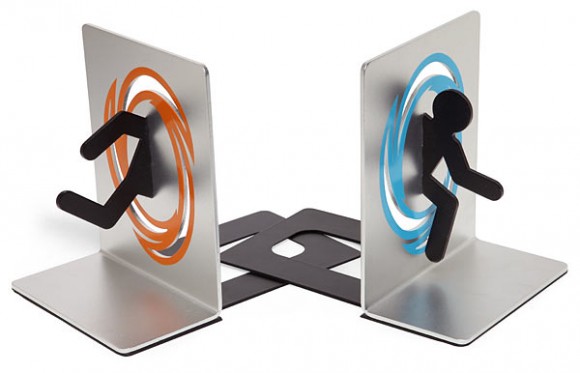 The wonderful folks at ThinkGeek have Portal bookends for sale. If you go through one end and come out the other, do you absorb all the knowledge in between? Hmm. (via Nerd Approved) 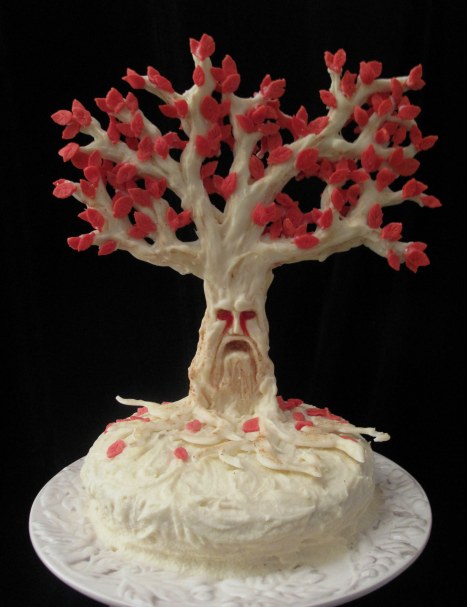 This is a Game of Thrones weirwood cake. I bet it’s bloody delicious. (via The Inn at the Crossroads)