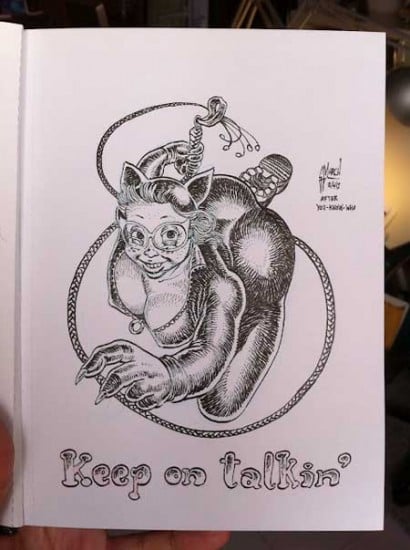 We showed you what the controversial cover to Catwoman #0 looked like and the parodies that followed but now the artist himself, Guillem March, has parodied himself by parodying R. Crumb. Yeah, that got a bit convoluted for me too. Regardless, Chris Eckert posted this image on his tumblr along with a link to March’s blog where he lambasted other artists, Cameron Stewart in particular, for trashing his work (but said it was ok for fans to). I’m exhausted, this still looks weird, let’s move on. (via Comics Alliance)

A is for Aras (deer), B is for Brôg (bear), and C is for Cabor…Etsy user tiedyejedi has credited beautiful baby’s room decorations using the Elvish alphabet from The Lord of the Rings! 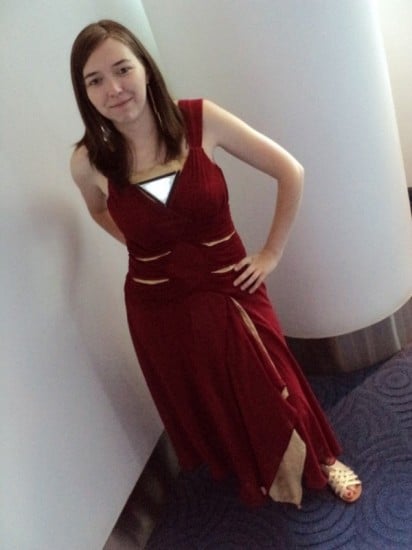 We showed you some beautiful Avengers-inspired gown illustrations earlier this week and I personally complained on twitter that no one has made anything like them in real life yet and was promptly proved wrong! And yes, this dressed is based on this other design we posted previously. (via Fashionably Geek)

Finally, today is Joss Whedon’s 47th birthday. Thank you for everything, you wonderful human being. Here’s hoping your birthdays are better than Buffy’s. 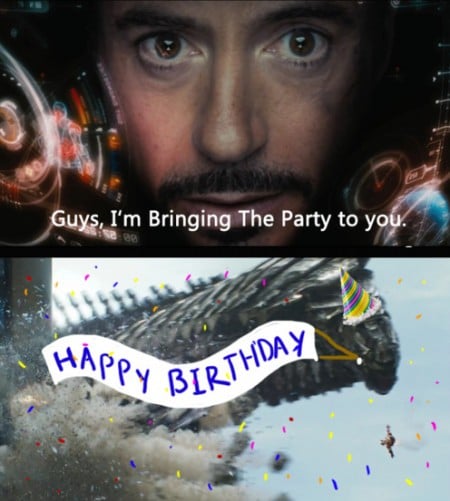