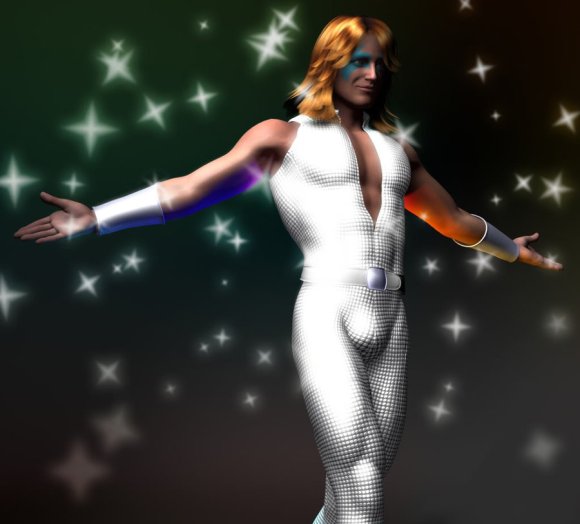 This digital art by timberoo of DeviantArt depicts what the Marvel superhero Dazzler would look like if she were a man. Someone cosplay this, please. (via I Like Comics Too)

What else did we find on the good ol’ interwebs today? Hit the jump to find out! 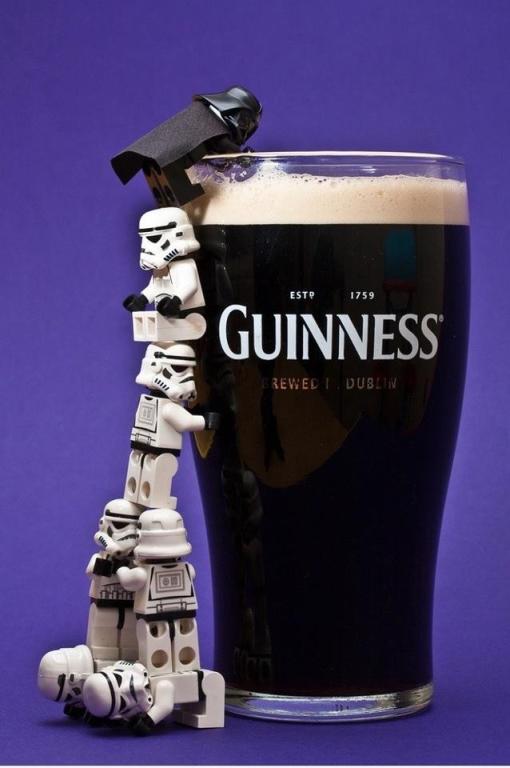 Couldn’t Vader have just used the Force to float a tiny bucket into the glass? Who am I kidding? This is much cuter. (via The Carnival of the Random) 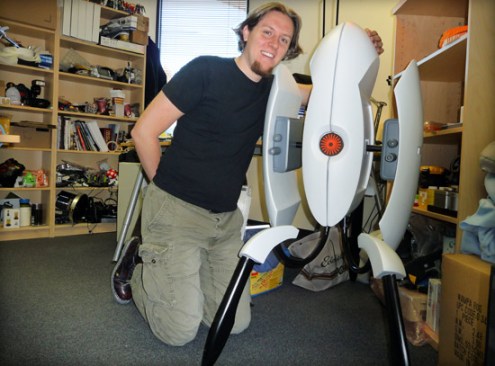 Willy Yonkers created this extremely life-like Portal turret at the ThinkGeek headquarters. Unfortunately it’s not for sale but you can see a breakdown of how he did it.  (via ThinkGeek)