Things We Saw Today: Turns Out Han and Leia Are Adorable Painted in the Style of Up 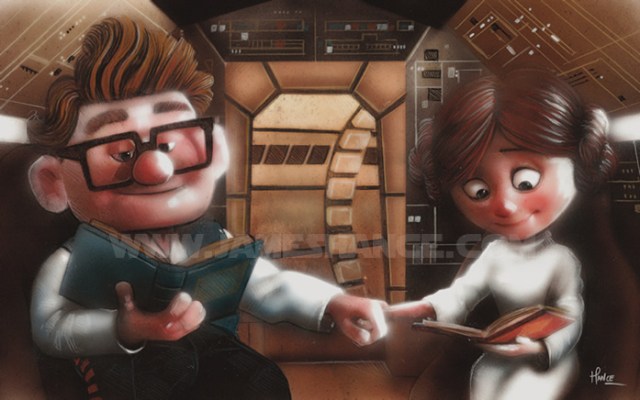 This awesome imagining of Han and Leia as they’d look in the Up universe comes from artist James Hance, who’ll sell you a print of this or some of his other amazing geeky art (Guardians of the Galaxy, Harry Potter, Sherlock) over on his website. Hey, maybe they can get that dog translator box for Chewy. (via Tumblr)

BREAKING: Michigan news reporting live on this tiny service horse outside, joy being brought to all. pic.twitter.com/WaRkKe7Ud8

Here: This month has been terrible, so let’s all look at an adorable tiny horse picture from friend-of-The-Mary-Sue Eric Smith. Li’l Sebastian, is… is that you? 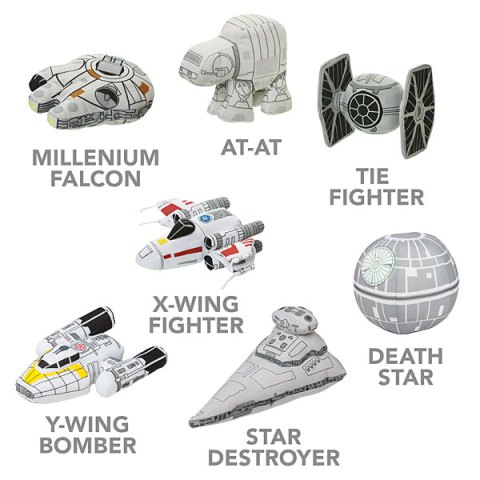 Oh hey, while you’re thinking about adorable Star Wars things, you can get plushy vehicles from a galaxy far, far away thanks to ThinkGeek! Witness the power of this fully soft and cuddly battle station. (via BoingBoing)