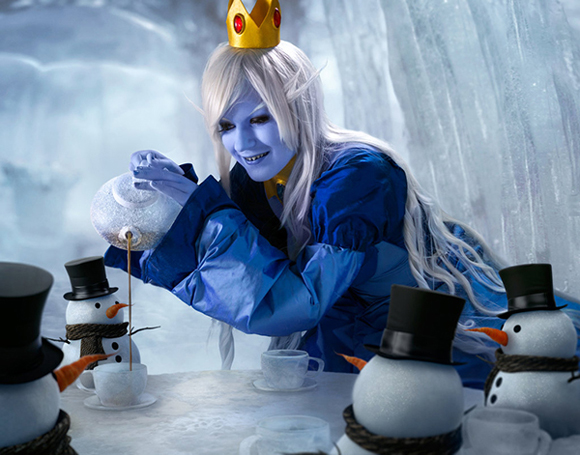 This great gender-swapped Ice King/Queen from Adventure Time by Kida-Takashi is pretty fabulous although a little scary. (via Fashionably Geek)

If you live in New York, you have to go to Bottleneck Gallery’s “Influences” show with art inspired by Jurassic Park, Predator, and G.I. Joe. If the rest of the art is as amazing as this Jurassic Park piece by Matt Ferguson (limited to only 40 prints!), it’ll be a great show to see. (via Blurppy)