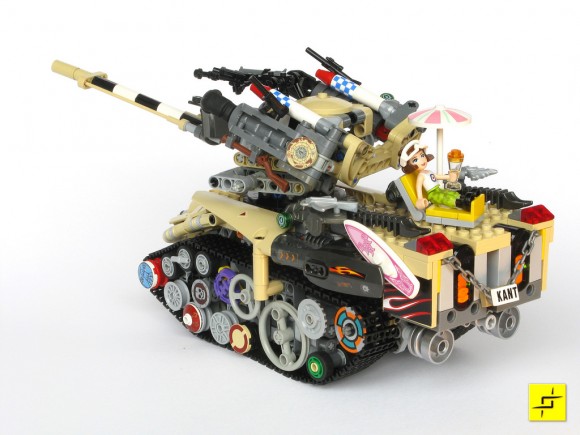 A Lego builder known as mahjqa recently took a Lego Friends set, and what I’m assuming are a lot of other sets, to create a Lego Tank Girl. Straight chillin’. Check out details of the build here. Don’t miss the video. (via The Beat) Now, what else did we see today… 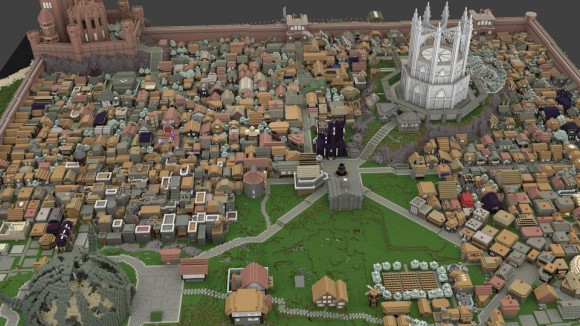 Jacob Granberry and a group of other fans are putting together a Minecraft version of the fantasy world in George R.R. Martin’s A Song of Ice and Fire series. “Right now the team has reconstructed King’s Landing, the capital city of Game of Thrones continent Westeros, and the icy northern Wall, also known as the home of Jon Snow and the Night’s Watch.” Check out updates on their server site. (via Kotaku) 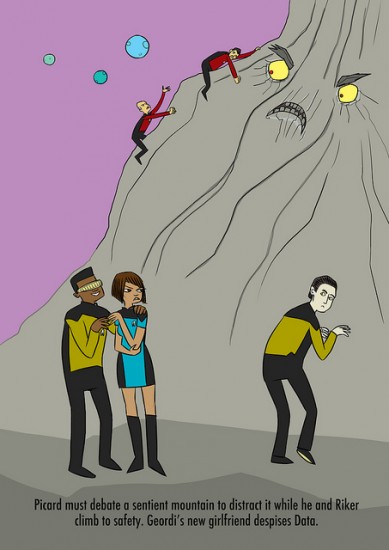 Did you know a fan has been continuing the story of the Enterprise-D and its crew? @TNG_S8 gives an often humorous account of Star Trek: The Next Generation Season 8. Well, artist John Allison took it upon himself to illustrate one of the tweets. We heartedly approve. (via io9)