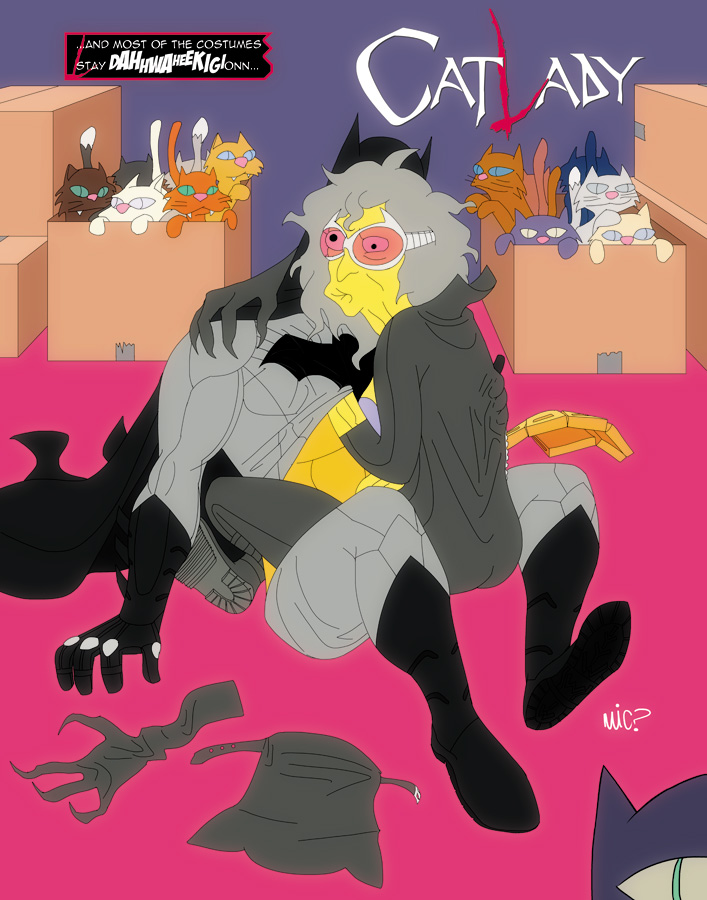 I apologize if I just burned out your eyeballs but hopefully I succeeded in making you shoot soda out of your nose instead. This delightful image of the Crazy Cat Lady from the Simpsons getting it on with Batman comes to us via The Line It Is Drawn on Comic Book Resources. You can thank artist Michael Magtanong for this comic book character/Simpsons character combo. What else did we see today? Hit the jump to find out!

Oh, and if you were wondering if Catwoman #2 got any better, well, not really. Says our own Christopher Holden, a glutton for punishment:

The second issue opens with Batman and Catwoman in the throes of carnal indulgence, which Catwoman describes as “a lot like a bar fight.” The scene is shown in intimate detail, and illustrates a disturbing revelation that Batman is somewhat of an abusive partner. This can be determined by the fact that mid-coitus he apparently yells obscenities at Catwoman while throwing her around the room, bruising her, and choking her. Of course Catwoman is apparently into this, inferring a sort of S&M relationship between the two of them (all that leather suddenly makes sense), making their already strange relationship even more disturbing, because this means Batman basically lets Catwoman break the law and get away with it when he is distracted by the idea of having rough sex with her.

As bothersome as this scene is, it does bring up an interesting question about the nature of Batman. That is, if Bruce Wayne sees Batman as a different persona, does he maintain this character in every aspect of life while in costume, even in a situation as personal and familiar as sex? Is Batman meant to be scary and intimidating in the boudoir, or is he only this way with Catwoman? Was Talia al Ghul thrown about the room in a similar manner during Damien’s conception, or is this “bar fight” style of love making meant to be representative of Batman’s conflicting emotions of love and disdain towards Catwoman? 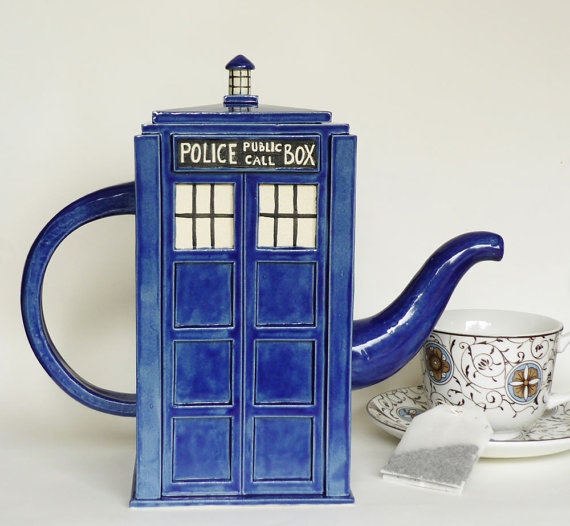 This is a TARDIS tea pot. You can own it and have endless tea! 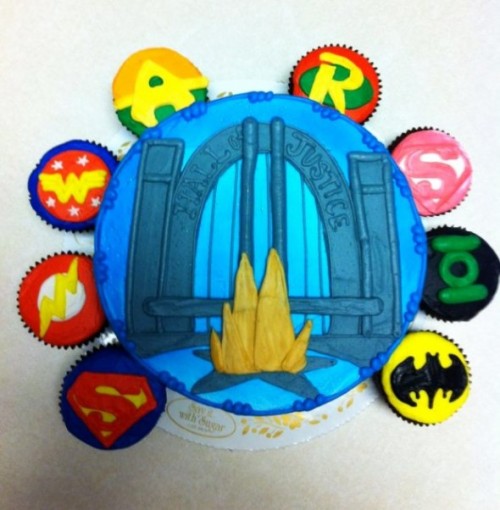 I expect this Super Friends cake to be delivered to my house any moment.