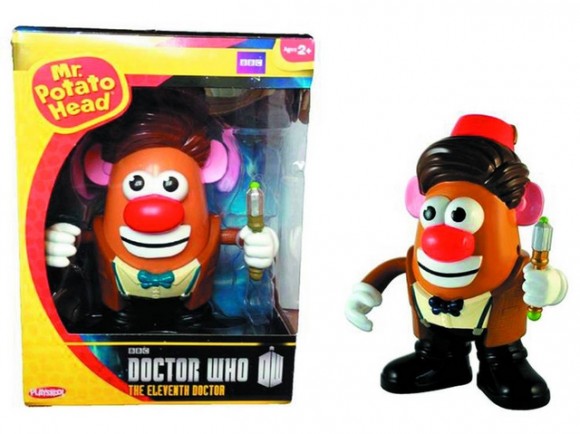 The official description for this Doctor Who Mr. Potato Head, which will be officially on sale this November, reads:

The Eleventh Doctor as played by “MASH” Smith! Hop in the TARDIS with Mr. Potato Head as he pays homage to the last known survivor of “Galli-Fry”, DOCTOR WHO in his quirky eleventh incarnation! Set comes complete with 8 removable parts and pieces.

Production has officially wrapped on X-Men: Days of Future Past, but not before director Bryan Singer could Tweet the above picture, accompanied only by the word “artifacts.” But what does it meeean? (SuperHeroHype, MTV)