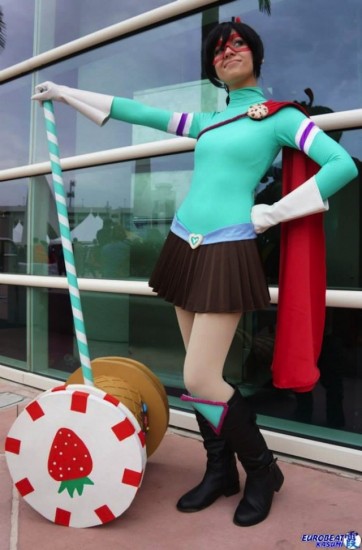 This Vanellope von Schweetz superhero cosplay deserves a medal. Cosplayer Anti Ai-chan‘s costume is perfect, right down to the cupcake wrapper skirt. Check out the rest of her group of super Disney characters during SDCC. (Photo by Eurobeat Kasumi Photography via io9) 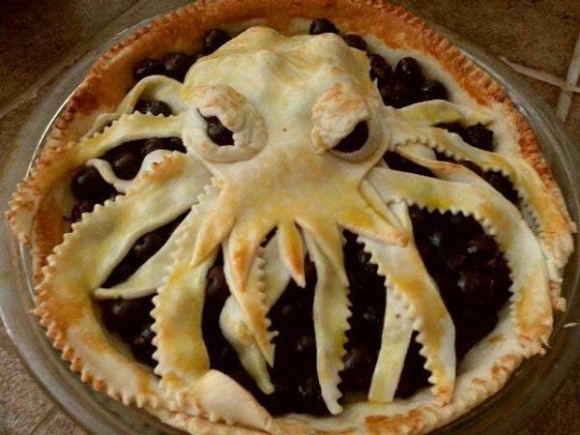 There’s nothing better than warm Cthulu-berry pie with a cold scoop of cosmic evil on the side. (via Geeks are Sexy) 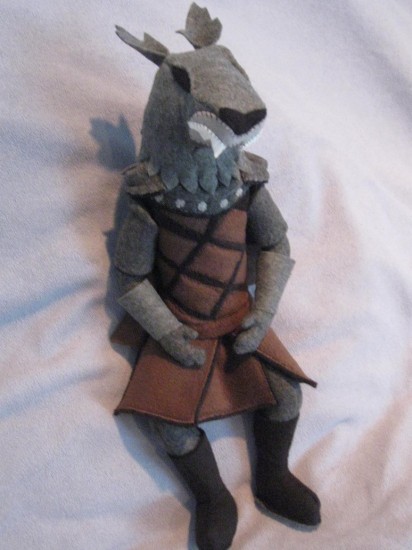 Possibly the most disgusting moment in the season finale of Game of Thrones has been immortalized in felt. It’s kind of cute. (via Geek With Curves)