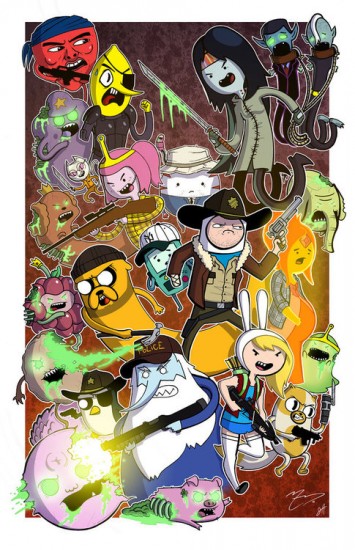 Somehow artists Mike Vasquez and Joe Hogan have managed to make the Land of Ooo even more post-apocalyptic with their Adventure Time and The Walking Dead mashup illustration. Vasquez and Hogan have also drawn Star Wars and Deadpool illustrations with the likes of Treetrunks as Yoda and Finn as Deadpool. (via So Geek Chic) 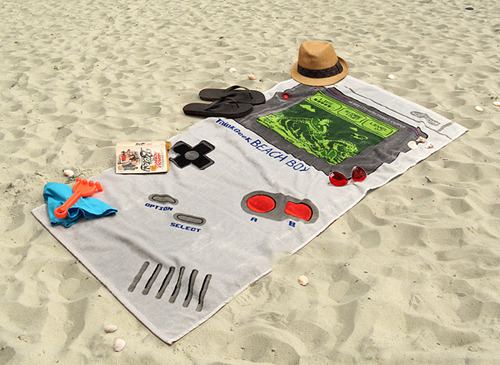 With their GameBoy inspired beach towel, Think Geek shows us that they know the two keys to a perfect summer: the beach and lots of video games. (via So Geek Chic) 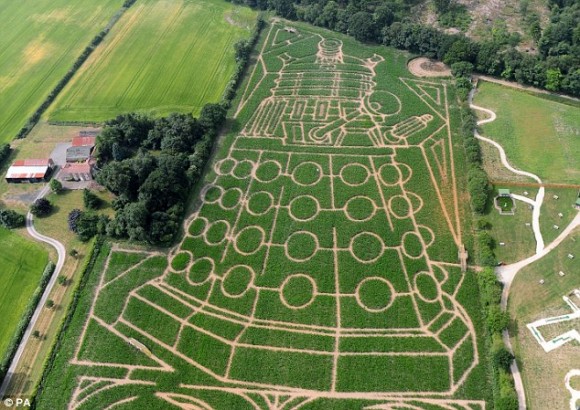 Daleks are apparently quite egotistical when it comes to their crop circles. On the other hand, this image could just show off the amazing 18 acre maze created by farmer Tom Pearcy to commemorate the 50th anniversary of Doctor Who. The maze also includes portraits of the 1st and 11th Doctors. (via Daily Mail)