Things We Saw Today: Seattle Police Get Into The Emerald City Comicon Spirit 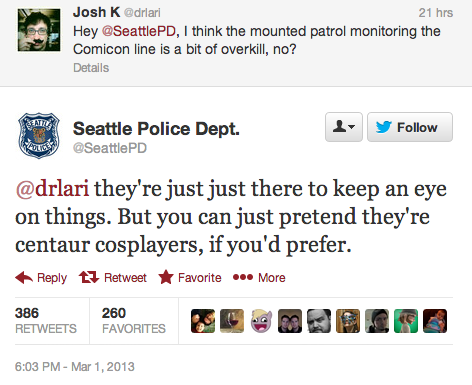 The Seattle Police Department shows they have a sense of humor about folks attending this year’s Emerald City Comicon. Man, now I really wish I’d gone. (via everywhere) 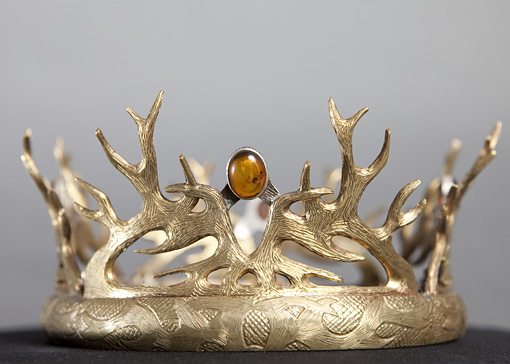 Props and costumes from Game of Thrones will be the feature of a new traveling exhibit stopping in Toronto, New York City, Sao Paulo, Amsterdam, and Belfast. (via Entertainment Weekly)